IBC 2014: Panasonic has given a European debut to its third generation Varicam. 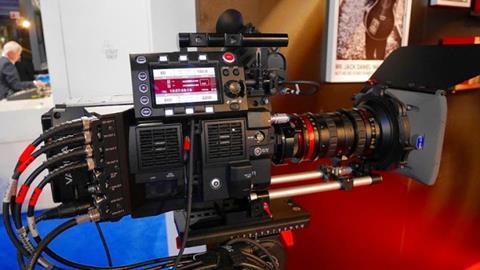 The modular camera, which was launched at NAB earlier this year, is due to ship in October.

“What is more, the ability to simultaneously record in two different formats and codecs together with its in-camera colour grading function means it is possible to record 4K master and HD simultaneously and begin colour grading on site. This will greatly help production companies to streamline their workflows.

Also on display was the recently unveiled AJ-PX800, which Panasonic described as “the world’s lightest shoulder-mounted 2/3 type camera-recorder equipped with 3MOS image sensors”.

Set for release in October, the AJ-PX800 weighs 2.8kg, captures SD and HD, and shoots a range of codecs including AVC-Intra and AVC-Long G (50/25/12Mbps) codecs.