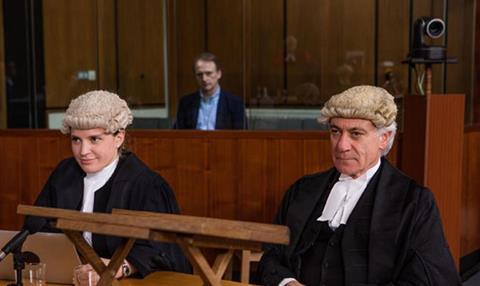 Practicing lawyers and a judge will present an ‘as real’ murder trial in front a jury, made up of 12 members of the public. Actor Michael Gould plays university lecturer Simon Davis, who is accused of killing his estranged wife.

The series is directed by Nick Holt, who also worked on The Murder Trial, which won the Broadcast Award for best documentary in 2014.

LA Productions, the indie behind Iraq war one-off Reg, has teamed up again with Jimmy McGovern for a six-part series set in Northern Ireland.

Sean Bean stars as Father Michael Kerrigan, a Catholic priest presiding over an urban parish, who must be confidante, counsellor and confessor to a community struggling to reconcile its beliefs with the realities of daily life in contemporary Britain.

The first two instalments air on Wednesday night, with episodes 3 and 4 available on demand from 4am on Thursday.