’It always feels like two steps forward and one back’

Flo Tasker is a graphic designer who began her career as a petty cash buyer on Doctor Who and now works in high-end scripted, particularly on period pieces. Her credits include Victoria (ITV), Brexit: An Uncivil War (C4) and both series of Channel 4/Hulu co-pro The Great

I avoid telling potential employers I’m deaf straight away. I am unable to hear over the telephone but I don’t like to reveal that – I normally ask for a video call or email conversation. I don’t want to come across as stupid or slow, and when I get past the initial introduction, I often get the job. 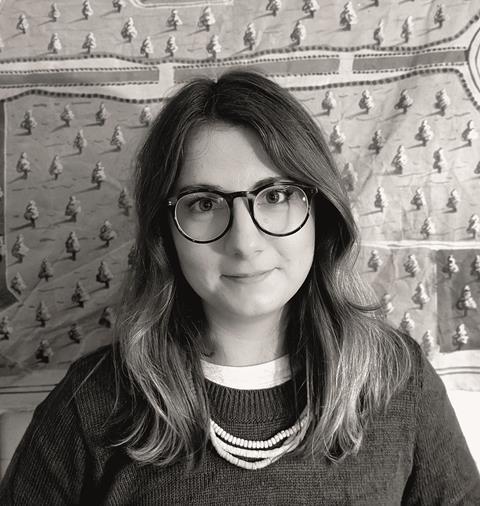 I’m lucky that I’m good at networking and now people who don’t know I’m deaf are recommending me, which is nice to hear.

I put my career down to my personality and work ethic, but I know I’ve been privileged, too. My family gave me a launch board into the industry: my dad founded Platform Post and my mum was a super-organised production manager.

I was born hearing but started going deaf aged four – I have neuro sensory loss for unknown genetic reasons. I started wearing hearing aids, learned to lipread and passed the 11+ to go to a grammar school in Maidstone – I was the first disabled student they’d ever had.

I’ve had some negative experiences in the industry, but I often put that down to sexism. People see a nice young woman and then assume I’m rude if I’ve misheard them.

Getting an Access to Work grant takes time and is not usually possible, but I got a long contract on Victoria series two and arranged for an assessment of my needs at my workplace.

Then wires got crossed and the line producer ended up thinking I was going to have to pay for all the kit, so the cast and crew had a collection. It was a well-meaning misunderstanding. I donated the money to the National Deaf Children’s Society.

I’m a bit cynical about the industry’s plans to improve in terms of disability – it always feels like two steps forward and one back. I’m not sure the schemes keep up with the speed of the sector and there’s too much trophy employment [people given jobs for appearances], but the industry needs to move towards the disabled community, and not the other way around.

Five years ago, I would definitely have said being deaf was holding me back – but I’m here now and must have done something right. I’m involved with the Graphics Union, I’m a Creative Society trustee, and so many other fulfilling things.

But I wish there was a role model ahead of me. I’ve never worked with anyone as deaf as me or with a disability – or rather a visible disability. I think I once met a producer who wore a hearing aid.