The Broadcast Sport Awards 2021 will open for entries in June, with a gala awards dinner on 3 November 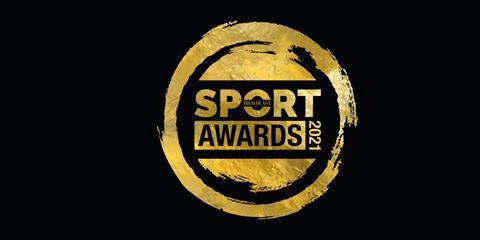 The awards honour the best sports content on TV and digital platforms – from sports documentaries and live sport production to social media, advertising and marketing campaigns.

From the stand-out projects to the pundits and presenters fronting the content, the Broadcast Sport Awards shine the spotlight on the most creative and inspiring examples of sports production, sports broadcast and digital sports content of the last year.

There are 18 categories in total, covering sports projects and the people working both in-front-of and behind the camera. The full list of categories is below.

The Broadcast Sport Awards 2021 will open for entries in June, with the winners revealed at a gala dinner awards night on 3 November, at a central London venue.

More information about the awards will be revealed over the coming weeks.

Sports Production Company of the Year

This award recognises a sports content business that, over the last 12 months, has truly excelled in a particular area of sports production; live sports, sports docs, social media content or any other aspect of sports content creation.

This award will go to the outstanding single show or series that was produced under lockdown conditions. It can be a new format that was conceived, commissioned and TX-ed in quick time, or a pre-existing title that was reimagined due to the restrictions and produced in an innovative way. The distribution of the content is platform agnostic (digital, linear tv, or hybrid format).

Sports Documentary of the Year (Series)

The best factual sports television series of the year. The winner will have excelled at telling a compelling and illuminating sports story across multiple episodes that provides great insight into the subject matter.

Sports Documentary of the Year (Film/Programme)

The best factual sports television and/or theatrical release of the year. The winner will have excelled at telling a compelling and illuminating sports story that provides great insight into the subject matter.

A sports marketing project that has excelled at maximising reach and engagement with its target audience on at least one social media platform. The campaign will be able to demonstrate how it’s fully embraced the opportunities opened up by social media, and how the campaign has resonated with the demographic it’s attempting to reach.

Esports Event of the Year

The year’s most outstanding televised esports event, which stood out in terms of its scale and ambition; through innovating in the way the content was distributed; through its on-screen analysis; and in how the event was staged and produced.

This award is for the sports programme that has made the biggest impact over the year. It can be a one-off production; a weekly series; part of the coverage of a sports tournament; or any other form of televised sports content. The programme will have wow-ed its intended audience and made waves beyond that.

Best Use of Fan Engagement

This category awards a piece of sports content that offers fans greater access, interaction and insight into a sport or sporting event. Innovation and creativity is at the heart of this award, putting fans at the centre of the action like never before.

Sports Commercial of the Year

The most outstanding sports advert of the year, which excels in its creative approach and/or the technical approach employed during its creation. It makes an indelible mark on the viewer and is an excellent example of a well thought out brand alignment with top tier sports talent. It also makes the most of a tailored multi-platform approach that’s specifically designed to push the potential of the creative content on each platform.

Best Sport Production of the Year

This award celebrates the best post production work for a sports project. The entries can be based on a series, feature film or commercial. It can be focused on the Grading, Audio, and/ or Visual Effects (or any other part of the creative post production process).

Celebrating the best use of graphics to enhance the fan experience for a live production. This could be taking live stats/data to present compelling visual insight or enhance the live studio presentation.

Pundit of the Year

This honours the sports pundit consistently offering the best, most enlightened insight and opinion. They are likely best known for TV sports analysis, but may also be from the world of radio, digital and podcasts.

This award recognises a YouTube channel that produced the most creative and engaging content for their demographic. The channel will have built a loyal fanbase by providing exclusive and fan-centric sports.

This category rewards Rights Holders (sporting clubs or federations) that have produced unique and compelling content specifically for their fan base via their digital or linear channels. This could be a short form project or an episodic.

Sports Presenter of the Year

Whether a regular, familiar fixture on our screens, or a new, up-and-coming talent, this award recognises sports presenting excellence. It could be a TV presenter or someone working predominantly in the digital space. What unites the entries in this category is the ability of the presenter to host and be the face of a show, while offering real in-depth knowledge of the sport. The winning presenter has a passion to ensure the coverage appeals to both casual fans and ardent followers of the sport.

TV Sport Moment of the Year

This award recognises the most iconic televised sporting moment of the last 12 months. It’s a sponsored award, similar to Timeline’s TV moment of the year at the Broadcast Awards. So, rather than opening up entries for this award, we will present a series of options for the industry to vote on during the awards night.

This will go to a long-standing, prominent figure in the sports content industry who’s made a huge impact either behind-the-scenes or in front of the camera. It will be someone who has played an essential role in helping move sports broadcasting on to where it is today.

To find out more about the event, head to the Awards website at http://broadcastsportawards.co.uk/