The short film aims to promote gender equality in football 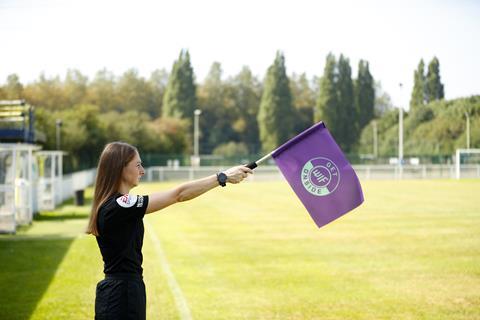 Women In Football has released a short film to promote its #GetOnside campaign to promote gender equality in football.

Shoot The Company worked with the English and Scottish FAs, ITV Sport, Aston Villa FC, and other top clubs to create the #GetOnside film, which has been released on WIF channels and social media on 14 September.

It is the first film created by the pair since their content partnership was announced earlier this year.

The #GetOnside campaign sees each organisation involved make a specific pledge of action which will help to level the playing field for girls and women in the game and make an immediate and real impact.

Women In Football CEO Jane Purdon said: “Football belongs to all of us, but sadly real barriers exist for women in the game. We know that football wants to change this, and I applaud the many organisations who have stepped up and committed to take action to help create a fairer, more inclusive game. The future is equality – and we’re bringing it home.”

Sara Butler, managing director of Shoot the Company, said, “#GetOnside is just another example of the wonderful work Women In Football is doing. Encouraging large UK organisations to make a pledge and take action, WIF is making changes that not only inspire football, but the whole community and country. We are incredibly proud to have Shoot the Company alongside in creating the content.”

You can watch the film below.