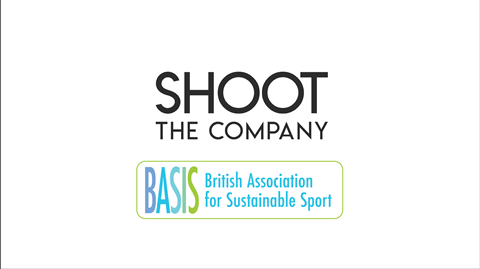 Shoot The Company has announced a partnership with the British Association for Sustainable Sport.

The first step in the agreement sees Shoot become BASIS’ content partner, and it will create films for the organisation’s upcoming campaigns - including this month’s Sustainable Sport Awards. Shoot already does this for a number of organisations in sport, including the FA, FIFA, and UEFA. It most recently produced the #GetOnside video as part of its partnership with Women In Football.

BASIS supports sports clubs, venues and governing bodies with advice on sustainability, and its members include Arsenal, England Rugby, the Jockey Club, and the ECB.

Co-founder of Shoot Henry Wilks said: “BASIS, and the values they represent as an organisation dedicated to improving sustainability in sport, resonates so much with what we believe at Shoot the Company. We’re honoured to be partnering with BASIS and look forward to helping their important work reach wide audiences in the sporting world and beyond.”