Shoot The Company produced the film, which showcases decisive moments in the history of the women’s competition with spoken word artist Lioness. 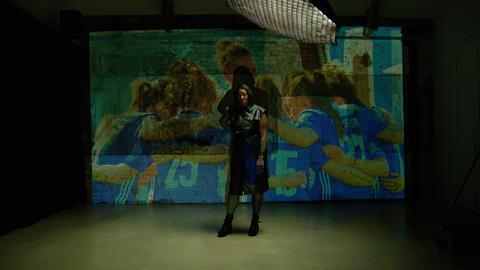 The Barclays Women’s Super League has celebrated ten years with an inspirational film on the FA’s digital channels and FA Player.

Shoot The Company has produced the film, titled Here’s To Ten More, and it features south east London-based spoken word artist Lioness. It showcases the decisive moments in the competition’s history, including the first league goal scored by Gilly Flaherty right through to Chelsea Women’s emphatic title win in 2020.

The Women’s Super League has reason to celebrate, with a recent TV deal with Sky Sports and the BBC marking the first time its rights have been sold commercially.

Lioness said: “I just think it’s so important to show women in an amazing light, to show what they can do and can achieve and that’s what this project represents.”

Co-founder of Shoot The Company, Henry Wilks, added: “We have been lucky to work with the FA to celebrate such an iconic milestone for women’s football. At Shoot the Company, we have a passion for improving the platform for women’s football, so we’re delighted to work with Lioness to showcase this history and look forward to seeing how the next ten years of the Barclays FA WSL develops.”