Manchester post house Bark & Bite has relaunched as Rabble Post, following a change in its ownership structure, and is eyeing a move into broadcast TV. 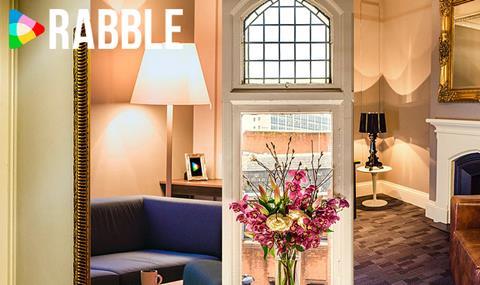 The city centre facility, which was previously a joint venture between Bark & Bite agency owner Christian Knowles-Fitton and The Mob Film Company’s John Brocklehurst, is now owned outright by Brocklehurst, with Knowles-Fitton departing to concentrate his efforts on his own company.

The new ownership structure has prompted a name change to Rabble Post and has coincided with investment in grading and audio facilities, plus the appointment of new staff, including former Flix Facilities post producer Rebecca MacDonald, who joined last month.

Rabble Post will continue to work with local and national advertising agencies and The Mob Film and its clients, but will also look to provide graphics, VFX and titles for TV and, in future, develop those facilities further to become a full-service post house.

“We have aspirations to offer full post and be the best post house we can be,” said The Mob Film Company group managing director Nick Humphreys.

ADR and voiceover facilities have been added, which, according to MacDonald, is proving popular with talent and producers that don’t want to make the journey across town to MediaCityUK in Salford, where the majority of Manchester’s post facilities are based.

On its broadcast TV plans, MacDonald acknowledged it would take time to come to fruition. “You have to compete quite hard