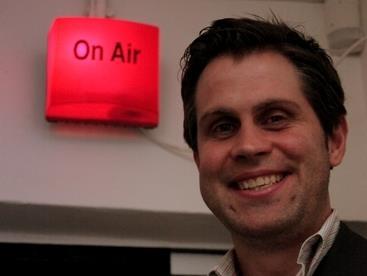 In November last year, Wimbledon announced that it was looking for investors to back a management buyout of the facility after Panther said the level of investment required was outside its remit.

Read (pictured) said Panther, which has a 25% stake in the company and owns the freehold of the four-acre site, had resisted his £10m offer for the freehold after he had negotiated with potential investors to fund £6m-worth of refurbishment and upgrade works.

Read said it left the future of the studios in doubt and made his and Smith’s positions untenable.

In March, property firm Panther announced that two parties had shown “strong interest” in the studios business. But it also raised the prospect of the sale of the site for “non-studio related property investor and developer interest in this clearly desirable area”.

Read said: “We fundamentally disagree with the direction our parent company and freeholder, Panther wishes to proceed.

“We believe this direction will kill Wimbledon Studios as it is known today, and we have no desire to be party to that. We feel this not only undervalues the work and success that has been achieved by the staff over recent years, but also fails to take advantage of the huge opportunities that currently exist.

“With studio space in London now at a premium, following the closure of a number of our closest competitors, the UK TV and film industry is in desperate need of exactly the type of facilities that Wimbledon could offer.”

Wimbledon Studios is the former home to The Bill. It was sold to Panther Securities for £4.75m in September 2010.