“Robson Green is affable company even when he is failing to catch fish on a desert island.” 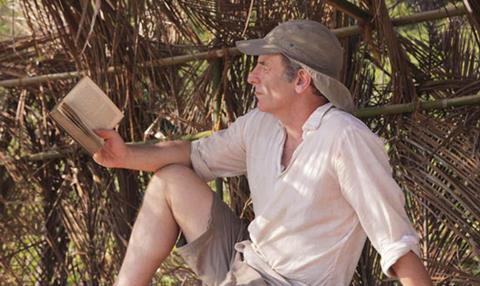 “No, it’s really not that impressive, from a survival point of view. Still, it boils down to a nice hour of television. I like Robson Green, and he is affable company even when he is failing to catch fish on a desert island.”
Sam Wollaston, The Guardian

“Excuse me for remaining unimpressed. The only real peril occurred early on when gastroenteritis necessitated a temporary evacuation, as it were. The show, much inferior to Joanna Lumley’s Girl Friday in 1994, was, in contrast, perfectly missable.”
Andrew Billen, The Times

“The one real achievement of this show was its refusal to fib. Robson made a hopeless hash of everything, and this one-off documentary did not attempt to disguise the fact.”
Christopher Stevens, Daily Mail

“There was little that could not have featured in Chris Morris’s Brass Eye 20 years ago. Is that a bad thing, however? I would say not. With Revolting and Charlie Brooker on air, television satire is in rude, sometimes very rude, health.”
Andrew Billen, The Times

“The creators of last night’s show, I suspect, watched The Day Today religiously while finishing their homework but they seem not to have learnt any lessons from it.”
Matt Baylis, Daily Express

“It’s hard to see the attraction of The Great Interior Design Challenge. Only the blindest optimists would invite BBC film-makers on a tight budget into their homes. If you’re looking for design ideas, don’t look here.”
Christopher Stevens, Daily Mail

“I’m not sure, actually, how anyone gets to be called a ‘talented amateur interior designer’. Do they put adverts in local papers? These concerns aside last night’s three contenders did well with a baffling range of requirements.”
Matt Baylis, Daily Express