Anthony Churnside, a member of the BBC R&D team in Manchester, has been handed this year’s RTS Young Technologist Award for his work in ambisonics, 3D audio mixes and accessibility for the disabled 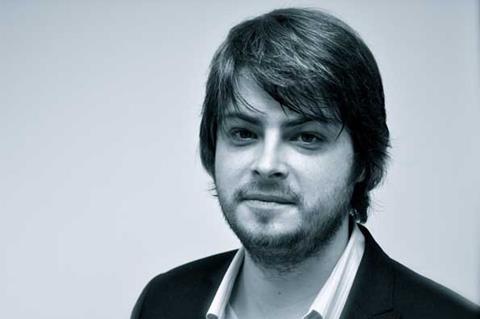 Presented in memory of A.M. Beresford-Cooke, the award was set up with the aim of advancing the science, practice, technology and art of television, giving the winner the opportunity to attend IBC.

Churnside was chosen by a panel of judges chaired by Terry Marsh, executive director of WISE (Women Into Science, Engineering and Construction).

The judges looked for someone that they feel would be able to enhance their understanding of broadcasting technology at the conference and also share the knowledge gained with others.

The jury was impressed with Churnside’s career to date, particularly his work in ambisonics, creating 3D audio mixes and his most recent work on accessibility for the disabled to massive media libraries.

Marsh said: “Television is thriving on new technologies, and Anthony’s plan to make the most of a visit to IBC to incorporate these into solving specific production issues was well thought through. Bright young technologists like Anthony are vital to the future of broadcasting.”

Churnside himself added: “I am particularly interested in new ways of enhancing the audience’s experience, using technology to make it appear more magical. Attending IBC will provide me with the opportunity to deepen my understanding of these areas and at the same time extend my awareness of the wider broadcasting environment.”

A.M. Beresford-Cooke was a distinguished engineer who made a substantial contribution to British broadcasting technology, helping to pioneer VHF and UHF transmition.

The runner up prize, the Coffey Award for Excellence in Technology, is to be presented to Steve Lee, who runs his own company, Jelly Technologies.