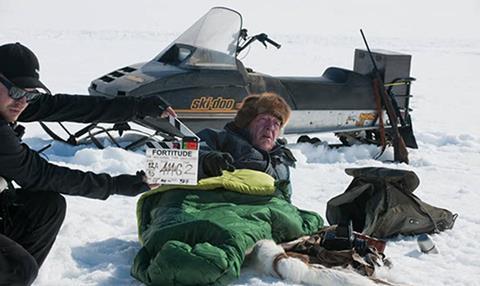 The Awards, which are chaired by CBBC controller Cheryl Taylor recognise the huge variety of skills and processes involved in programme production.

This year also included the launch of a new Director category.

“In the jury’s view, rather than just create a narrow representation of a particular year, the imaginative approach to the costumes created a vibrant and engaging portrayal of an entire post war period and very effectively supported the growth and development of the central character.”

“Crucial in helping the various celebrities develop as both dancers and performers, the jury recognised the enormous difficulties and technical achievement of the costume design and its role in creating the essence of the show itself.”

“One of the most extraordinary design achievements in recent years, literally creating doorways and portals into a parallel world of strange and terrible beauty.”

“The design triumphantly achieved a very large number of varied and often uncannily accurate looks that helped the comedy create its sparky and off-beat parodies.”

“The jury loved this show, not only for the quality of its special effects, but also for their execution, skill and variety. The show relied, at key moments, on its technicians to deliver a believable and impactful story, which they did with great aplomb.”

“The jury commended this show for its detailed, intricate and complex digital recreation, which successfully complimented the action and drama of the sequence.”

“The jury thought that the picture enhancement was outstanding, implemented with great skill and sensitivity complimenting the mood and atmosphere of this powerful docu-drama.”

“Rugged, real and capturing the energy and vibrancy of the piece, the extraordinary attention to detail contributed hugely to the success of the entire production.”

“Balancing the comedy elements against the poignancy of the characterisation, the jury was impressed by the high level of creativity and technical achievement.”

“The winning composer integrates the voices at the heart of the World War II series’ theme into an evocative and always human underscore.”

“The winner has found a fresh and supremely effective perspective on familiar territory by literally giving voice to the women in this World War II drama.”

“The judges felt this drama quite simply achieved ‘movie sound’ on television. The soundscape created a world that the viewer utterly believed in but never felt as if it took over from the drama in any way. It was well judged to enhance the scale and impact of the drama itself.”

“Quite simply this piece was considered stunning. With a level of detail that was awe inspiring. What was additionally brilliant was that the resulting soundscape was never relentless, even when it was slightly heightened it was perfectly judged.”

“The mood was set skilfully to create a truly exhilarating viewer experience.”

“For sheer attention to detail and beauty this sequence stood out, jurors called it ‘amazing’.”

“The jury agreed these were very creative trails which captured and provoked the imagination.”

“The storytelling set up the proposition in a creative and compelling manner, using genuine cultural references to take us seamlessly into the near future.”

“The director brought both fictional and real versions of the same character to our screens as if it was the most natural thing in the world. A bitter sweet, but ultimately heart-warming story where the characters and overarching human positivity were the stars of the show. The piece was grounded yet inspirational, a joy to judge.”

What Do Artists Do All Day? Sue Webster (BBC Arts for BBC4)

“Beautifully shot and constructed as well as a great example of wonderful storytelling.”

“Intimate, innovative - extraordinary. The jury was impressed by the relationship throughout between the photography and the story - not the triumph of style over content, but a case of the photography enhancing the audience’s understanding.”

“The jury felt the photography emotionally reflected the journey of the central character. We were inside his head thanks to the outstanding camerawork, adding another engrossing layer to this moving and powerful story.”

Welcome To Mayfair (CTVC for BBC2)

“Impressive editing and storytelling, allowed viewers to get to know the characters without being told what to think about them. A thoughtful and unrushed pace.”

“The editing quite clearly was one of the stars of an incredibly brave piece of television. Outstanding visceral storytelling where the skill of the editor was key.”

BBC Sports Personality of the Year 2014 (BBC Sport for BBC1)

“The levels of craft and skill on show were exceptional with perfectly judged edits and original sound design.

“The result was a set of visually stunning films with clever storytelling at their heart. Some of the ideas were brave but accomplished editing and production realised lofty ambitions.”

“The jury all agreed that this programme is very well edited. The jokes land well, and also strong emotional moments appear effortless. The editor gives us a consistent, very enjoyable tone.”

“This year the judges have awarded the RTS Design & Craft Innovation Award to a series on pets that was anything but domestic in terms of its visual flair and technical wizardry.

“We witnessed how our favourite pets stay in touch with their wild side – from talkative budgies and marathon-running hamsters to wall-climbing cats and an island where rabbits rule – this was an eye-popping series filled with innovative photography and scientific revelation.

“The animals were shot on a huge variety of different camera systems – including high speed, infrared, ultraviolet, fluoroscopy, remote and on board cameras, periscope and underwater filming and even Schlieren photography.

“For the Schlieren sequences the camera systems were built from scratch using an astronomical optical mirror and precision interrupted light sources.

“Although this technique dates back 150 years it is rarely used today because of its complexity – and as well as being able to show the air currents around a budgie’s wings it also uniquely demonstrated the complex counter flow of air as it enters a dogs nose.

“And for the hamster x-ray sequence – fluoroscopy had to be combined with conventional photography of the same scene to allow fascinating access to a hamster as it filled its cheeks with nuts.

“Despite such varied ways of gathering images, each one had to complement the other to retain consistency across the series and all the astonishing images were captured in-camera rather than created by CG.

“The exhilarating photography was complemented with editing that seamlessly integrated each engaging animal narrative with revelatory science – and the music avoided suggesting the standard cute and cuddly to both promote comedy and celebrate the geographical location of the animals involved.

“The breadth of different production techniques lent an epic lens to the ordinary and the familiar and the production team pushed boundaries to create revelatory images that have never been seen before.”

“Chronicling the life of Thomas Cromwell and based on the books by Hilary Mantel, the winning drama adopted a bold production stance by filming solely in authentic period locations, using a largely handheld camera, often capturing performance in one long continuous take and famously creating shimmering and atmospheric night scenes by using natural light from beeswax candles.

“As the narrative tension took hold we witnessed a progression of contrast and more powerful camera angles as Cromwell himself becomes increasingly dangerous to those around him.

“Skilled editing supported the highly complex narrative timelines and the raw vibrant musical score underlined the moral ambiguity that is at the heart of the original novel.

“Subtle use of digital effects was employed in every location to seamlessly remove every vestige of modern life and finely researched make-up and costume design added authentic period detail to every frame of the series.

“Director Peter Kosminsky and DoP Gavin Finney embraced the darkness of the times and with unerring confidence slowly unfurled this captivating political intrigue in a series of beautiful and bejewelled scenes reminiscent of Vermeer and Rembrandt.

“In the true spirit of the Craft & Design Awards the attention to detail in every aspect of production was immaculate and the jury felt this drama was highly creative, distinctive and a demonstration of expert craft skills across all production disciplines.”

“It is always a pleasure to present an award to an industry practitioner who has excelled in a particular field and this years’ winner is no exception.

“His production credits stretch back over 36 years when he started work in the model and optical effects departments on classic comedy films The Life of Brian and Time Bandits.

“He was evidently badly bitten by the comedy bug as he then proceeded to quickly establish himself as the go to production designer on many of TV’s most successful and revered sitcoms, entertainment shows and comedy dramas.

“From Alan Partridge, through French and Saunders, Black Books, Jam, Little Britain, That Mitchell and Webb Look, A Young Doctors Notebook, The IT Crowd and Bad Education – to name just a few titles in his extraordinary canon of work.

“Our winner has demonstrated his knack of complementing demanding and complex sitcoms and sketch shows with inspired and inventive sets and witty design solutions – and it is no surprise that he is sought after time and time again by the best writers, producers and performers in the comedy fraternity.

Nira Park worked with him on Black Books. She says: ‘Dennis has a profound understanding of comedy.

“He is able to get inside the heads of the writers and directors he works with and help them pull off set pieces that many others might say are not possible. His imagination and creativity are inspiring.’