As Japan gears up for this month’s Rugby World Cup, data firm Opta runs the rule over the tournament’s most exciting young players 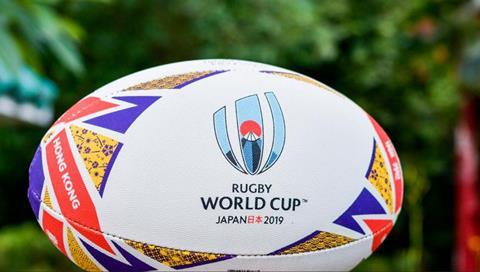 Whether you’re a diehard rugby fan or a casual watcher, the Rugby World Cup is set to be one of the most exciting sporting events of the year when it kicks off on 20 September in Japan. It’s the first time the tournament has been held in Asia.

Opta, part of Stats Perform, will be covering the tournament in detail. Here’s Opta senior data editor Nick Bentley’s data-powered preview of five players to watch out for in Japan.

Having found success with the England age-group sides and regularly impressed in the Premiership with Sale Sharks, Tom Curry was fast-tracked into the senior England set-up in 2017, aged just 18. His pace, work rate and skill set suggest he has a long international career ahead of him.

The 2019 Six Nations marked the breakthrough tournament for Curry, topping the tackling charts (86) and attending more rucks than any other player in the competition (177).

This 22-year-old Frenchman burst onto the international scene back in 2017 with a try-scoring debut against South Africa. The Clermont Auvergne winger has made more metres than any other Tier One player in 2019 and will be looking to go one better than his father, Alain, who won 32 caps for Les Bleus but never featured in a Rugby World Cup.

Pace, quick feet and strength make him the complete package on the wing.

Italy have struggled to kick on after their remarkable win against South Africa in 2016, but one player who could help them turn the page is Jake Polledri. The Gloucester back-row beat 19 defenders in his first three matches of 2019 for the Azzurri – an average of one tackler beaten every 10 minutes he was on the pitch.

These stats won’t come as any surprise to regular watchers of the Premiership – he beat 56 defenders in just 677 minutes of action last season and completed 96% of the 122 tackles he attempted.

Sevu Reece may only be 22 but the All Blacks have a history of blooding young players. The Mitre10 Cup, a hot-bed of talent in New Zealand, was where Reece made his name, making the most offloads (27) and clean breaks (35), as well as beating the most defenders (64) and finishing as top try scorer (14) in 2018.

This form was rewarded with a contract at the Crusaders and he quickly repaid their faith, making the most clean breaks (39) and scoring a league high of 15 tries in Super Rugby 2019.

The oldest of our five picks, Peceli Yato is still only 26 but has been causing carnage in the TOP14 for several seasons. A rampant ball carrier, he beat more defenders (67), scored more tries (10) and made more metres (1,060) than any other forward in the French top flight last season, as well as winning the third most turnovers (23).

Having gained experience at the last World Cup, he is likely to be a fulcrum of this Fiji side, who will be looking to claim at least one scalp against Australia or Wales and secure wins against Georgia and Uruguay to be in with a shout of reaching the knock-out stages.