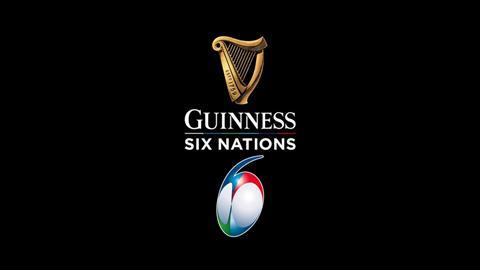 A series of new insights have been created for The Guinness Six Nations Championship that attempt to reveal the subtle plans, plays, attacks, and defence of each team.

The new stats are a kick predictor; visits to the 22; ruck and turnover locations; tackle count and dominant tackles; and power game (metres made and line breaks). See the box below for more details on each of these.

The insights have been made possible by machine learning tools in AWS, using historic match data from Stats Perform.

Ben Morel, CEO, Six Nations Rugby, said: “The introduction of the advanced statistics –powered by AWS – in the 2019 Guinness Six Nations Championship was just the start of how we are planning to change the game of rugby through advanced in-game analytics. This year will see the introduction of even more engaging and informative stats that bring fans even closer to the action.”

Andy Isherwood, vice president and managing director EMEA, AWS, added: “We’re proud to help Six Nations place unparalleled technological innovation at the core of the rugby experience. For the first time, using advanced AWS technology, Six Nations fans will be able to see the probability of a successful conversion or penalty kick and many other game-changing insights, which will offer unprecedented understanding into the game they love.”

Kick predictor This stat uses advanced machine learning to show the probability of a kicker successfully scoring a penalty kick or try conversion. The calculation is in real-time, during a break in play while the kicker sets up to take a kick. It takes into account the location of the kick in the field, the period of the game the kick is being taken, the current score, and if the kicking team is playing home or away. Additionally, it analyses other historical data, such as the average success rate of the kicking player in the given field zone, during the Championship, and during the player’s entire career.

Ruck and turnover locations A heat map of the pitch highlights the action areas of each team. This visually establishes where a team is stealing the ball or where a team is more or less effective on the field. This provides insight into each team’s attacking strategy, unveiling key parts of the field they perceive to be a weakness to the opposition. The stat will bring deeper insight to the ruck and how it is used as a strategic tool for teams. Broadcasters and commentators will be able to explain and interpret the data to help fans understand where the game is being played and decipher the game plan of each of the coaching teams.

Tackle count and dominant tackles This stat outlines the defensive strength and structure of the teams. It maps out locations and the percentage of dominant tackles to analyse a team’s momentum at the gain line and whether they are going forward or backwards.

Power game (metres made and line breaks) This stat determines the direct impact of a team dominating particular action areas, assessing its effectiveness at reaching and getting over the gain line, producing dominant tackles, and creating line breaks.It can potentially show where the match is being won or lost.