The period detail was eerily accurate, but the real magic lay in the performances 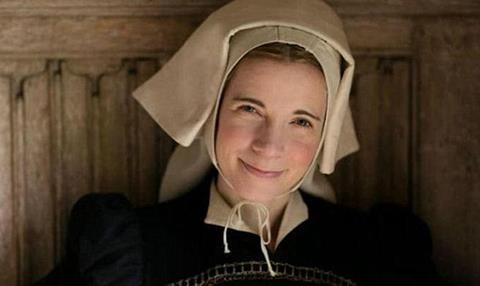 We got engaging portrayals of both Katherine and Anne Boleyn as strong, powerful personalities in their own right, while never losing sight of the intricacies of Tudor church and state politics, or the overweening dynastic ambitions of the man who held their fate in his hands.
Gerard O’Donovan, The Telegraph

Maybe I’m old fashioned, but I would just like a history lesson from Worsley, without the frocks and the lutes.
Sam Wollaston, The Guardian

The presence of Dr Worsley herself, disguised as various costumed servants and onlookers in all the dramatic reconstructions added an unwelcome touch of Disney.
Matt Baylis, Daily Express

We learned little new. But Dr Lucy had a lovely time in her fancy-dress.
Christopher Stevens, Daily Mail

This was not primarily an exploration of the mind of a serial killer. Rather it took the more old fashioned, and in many ways more dramatically satisfying form of a battle between good and evil.
Gerard O’Donovan, The Telegraph

There’s no hint of the “evil genius” caricature so beloved of many a pulp TV show. Instead, [Peter] Manuel comes across as what he surely must have been, a clever, twisted human, skilled in the manipulation of everyone around him.
Matt Baylis, Daily Express

The period detail was eerily accurate, but the real magic lay in the performances, from Martin Compston as the swaggering killer and Douglas Henshall as the detective pledged to catch him.
Christopher Stevens, Daily Mail

It is not chilling to the bone marrow as Rillington Place is, and might not creep into your dreams in the same way. But the two leads are excellent.
Sam Wollaston, The Guardian

Is this narcissism, I wondered. Or is the me-generation becoming, in its atomisation, the we-generation?
Andrew Billen, The Times