SpaceCrate to debut at MPS

The Media Production Show will host the first public exhibition of a fully operational SpaceCrate, the professional specification creative space built inside a shipping container. 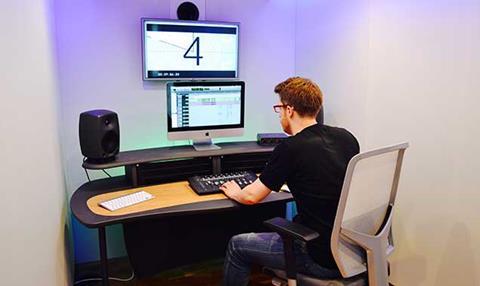 Designed for various media and entertainment uses, including production and post, SpaceCrate is prefabricated for permanent or temporary deployment and is constructed within a standard ISO-spec 20-foot shipping container.

Each shipping container is converted for sound isolation and acoustic performance, equipped with air conditioning and lighting and wired for power and kit. The ISO specification is maintained throughout the conversion so that the modified crate can be transported using standard infrastructure.

First announced in autumn 2016, the SpaceCrate design has since been fine-tuned so that it is now an EBU Tech 3276-compliant listening environment, suitable for the recording, mixing and transmission of broadcast-quality audio.

“Modular, secure and simple to transport, SpaceCrate can redefine the how, where and when of content creation,” said Nemes.