VIDEO: SpaceCrate, the audio studio in a shipping container

SpaceCrate, the purpose-built audio recording and mixing facility in a shipping container, is working on its first production – a feature film being shot in a variety of UK locations, including Shepperton Studios. 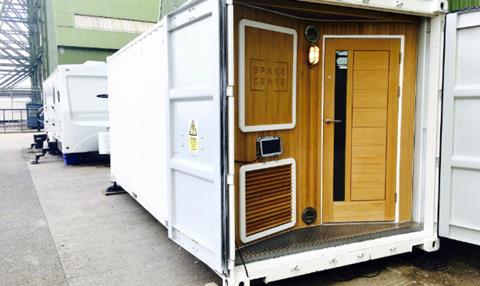 The only SpaceCrate currently in existence, which was completed just a few months ago, has been brought in by the film producers to provide a properly-spec’d studio space for Audio Dialogue Replacement (ADR) on location.

Broadcast visited SpaceCrate during a gap in the filming of the feature film, to film an interview with Nemes back at SpaceCrate HQ in Wood Green, North London (see below).