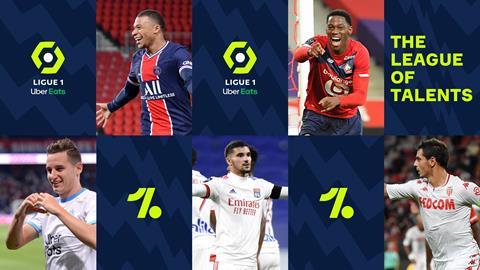 Ligue de Football Professionnel (LFP) has continued its relationship with OneFootball to become the first professional league to share editorial content with the football media platform.

OneFootball is already the organisation’s exclusive broadcast partner for Ligue 1 Uber Eats in Brazil, streaming live matches to fans in the country.

This latest deal adds all Ligue1.com content in English to the OneFootball platform, joining clubs and national organisations to have done the same such as Manchester City, Real Madrid, AS Monaco, the German Football Association (DFB) and the Brazilian Football Confederation (CBF).

Content will automatically and simultaneously appear on both Ligue1.com and the OneFootball platform, with the Ligue 1 Uber Eats logo attached. Breaking news can also be sent by push notification to all users or segmented user groups. The official English Ligue 1 podcast, Le Beau Jeu, is included in the agreement, with further content collaborations under discussion.

Founder and CEO of OneFootball, Lucas von Cranach, said: “Ligue 1 Uber Eats is one of the world’s most followed leagues and through streaming live games each weekend in Brazil we can see our users have a keen interest and passion to receive greater levels of content. I’m thrilled to welcome LFP as OneFootball’s first league and look forward to strengthening our ongoing relationship.”

Deputy CEO of LFP, Mathieu Ficot, added: “It is a pleasure for the LFP to become the first professional football league to join the OneFootball network. With more than 224 million fans worldwide, the demand for Ligue 1 Uber Eats content is growing fast. Distributing our high-quality news and podcasts, through the widely-used OneFootball application and website will help us reach our avid international audience.”