An Extra Slice to film at BBC Studioworks' TC1 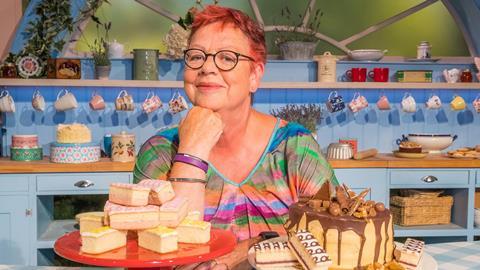 BBC Studioworks been chosen as the studio provider for the fifth series of Love Productions’ The Great British Bake Off: An Extra Slice.

The ten-episode series will take up its new home in BBC Studioworks’ 10,800 sq. ft. Studio TC1 at Television Centre, recording weekly on Saturday nights from 25th August until 20th October.

BBC Studioworks is providing the show, which has an audience of 280, with full studio and technical services, as well as a range of support services including studio management, engineering and electricians.

The show will be captured using BBC Studioworks’ HDC-4300 cameras and recorded via its EVS XS4K tapeless recording system.

BBC Studioworks commercial manager Meryl McLaren said: “Studio TC1 lends itself perfectly to this type of format and I’m sure I speak on behalf of all our crew when I say we are excited to try the audiences’ home-baked goods.”

The new series , hosted by Jo Brand, will air on Channel 4 later this month.