The work was commissioned by Venue Group 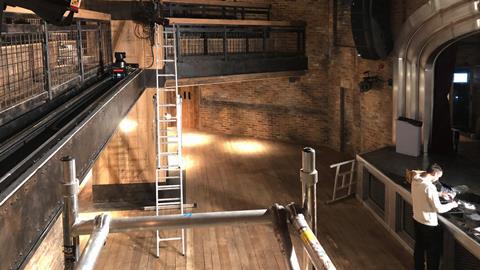 The system allows for studio-style recording as well as live relay of stage performances. It was commissioned by the Venue Group, who run the location.

Robotic cameras, an audio/video production control room, and a floor-to-ceiling rack of auxiliary equipment are included in the facility - which could be used to stream the theatre and music productions that would have been played to a live crowd pre-Covid-19.

Lafayette’s head of production, Chris Pollard, said: “A crucial challenge was how to accommodate a complete control room in the limited amount of space available above and behind the stage. Another was the need to minimise any obstruction of stage performances when viewed from the 600 capacity auditorium. ATG came up with a versatile and future-proof solution which enables the operators to capture full broadcast quality 4K video from multiple positions, including the ability to zoom in from wide angle to very tight close-up. The system allows us to stream live productions with or without a studio audience.”

ATG managing director Russell Peirson-Hagger added: “We have installed five Panasonic 4K cameras, each with a 1 inch MOS sensor and integral 20x zoom lens. The cameras connect via two-way optical fibre to a latest-generation remote control unit which allows pan, tilt, zoom and focus all to be managed single-handed using a seesaw lever mounted on a joystick. 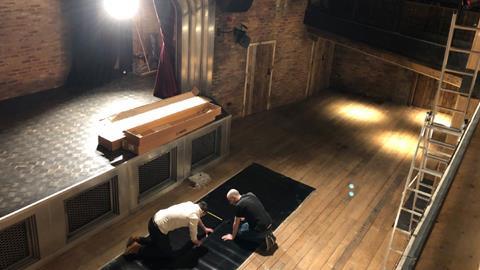 “One of the cameras is mounted on Technopoint floor track and another on a floor-to-ceiling motorised column. A further camera is attached to a fixed wall mount, with the remaining two offering flexible positions via dedicated wall boxes. The whole system runs very smoothly, including gradual speedup and slowdown, so video can be captured from cameras in motion as well as when stationary.

”Preset movements can also be programmed. Although most of the actual streaming is likely to be HD in the medium term, 4K is now the preferred standard for practically all new production to ensure content has the greatest possible long-term value.”

Jonathan Hughes, head of systems integration at ATG, completed the walkthrough: “At the core of the system are a Blackmagic ATEM Television Studio Pro 4K vision mixer with eight independent 12G-SDI input channels plus a Blackmagic Video Assist monitor and SD-card recorder.