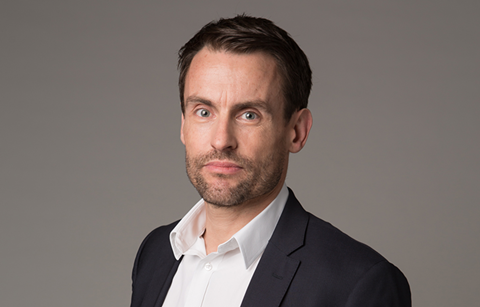 Moultrie joins the BBC’s commercially run studios and post production division on 4 November, replacing David Conway who is moving to ITN as chief financial and operations officer. Conway announced his departure to ITN in June.

Currently managing director of UK consumer products and publishing at BBC Studios, Moultrie has been responsible for a portfolio of businesses that includes merchandising, interactive gaming, publishing, marketing and brand management.

The BBC said his successes included increasing the revenue and profit of the children’s businesses, the identification and commercialisation of YouTube talents Joe & Caspar and Joe Wicks and bringing Chris Harris into the BBC via Top Gear.com. In addition, his team spearheaded the #sustainableme campaign with the UK fashion industry and has been awarded accolades from Google for their work in the virtual reality and augmented reality sphere.

Before joining the BBC, Moultrie held a variety of sales, marketing and creative roles at companies including Nike, Goldman Sachs, PepsiCo International and Warner Bros.

“Andrew is a dynamic and collaborative leader who brings a wealth of commercial experience to the role,” said Tom Fussell, chief financial officer of BBC Studios and non-executive chair of BBC Studioworks.

Moultrie said: “As the media industry continues to change apace, I’m looking forward to working with the team to build on our first-class customer experience and deepen our relationships with our partners.”