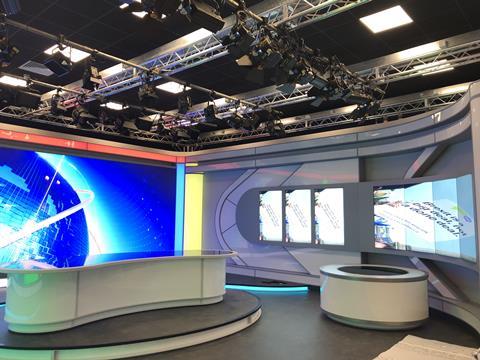 One of the new studios will be used for live production by pan Arab news channel Alghad TV, and the other is available for hire to other broadcasters.

As well as two large multi-camera studios (144m2 and 125m2), there are two small news inject studios, three post production edit suites, MCR and transmission control rooms and a further three edit suites to be fitted out when required. 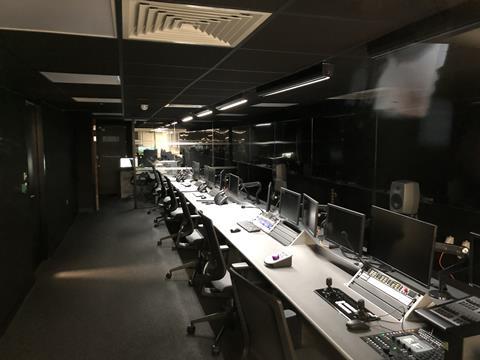 Ross was chosen as the primary equipment supplier of the broadcast and automation systems, using openGear hardware with their Ultrix router and Carbonite vision mixer products, all capable of supporting 12G-SDI.

The studio includes an eigh- metre video wall. The apparatus room comprises 18 equipment racks containing all the central broadcast and core IT hardware.

“This was a complex project that pushed SDI to its limit”, said Yasser Youssef, project manager and CTO at BSI. “dB Broadcast worked with us to create a high performance system capable of taking us into 4K broadcasting, yet building on our existing expertise and resource profile.”