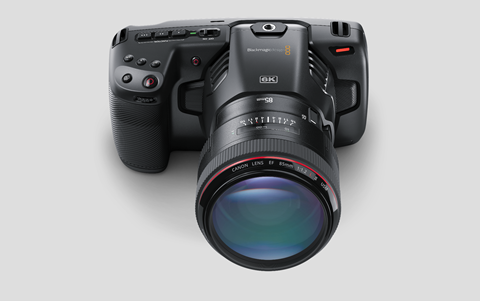 Blackmagic Design surprised many industry watchers last night by unveiling and releasing on the same day a new 6K version of its popular Pocket Cinema Camera.

During an online press conference, Blackmagic CEO Grant Petty revealed the camera alongside a series of product updates and new releases.

The handheld camera has a full Super 35 size 6K (6144 x 3456) HDR image sensor, and offers 13 stops of dynamic range. It has an EF lens mount (to provide compatibility wth a wide range of lenses from Canon, Zeiss, Sigma and Schneider) and dual native ISO up to 25,600 for “incredible” low light performance.

The 6K camera comes a little over a year after Blackmagic released a 4K version of the camera, which was first revealed at NAB 2018.

The new model is made from lightweight carbon fibre polycarbonate composite, and features a multifunction handgrip with all controls for recording, ISO, white balance and shutter angle. 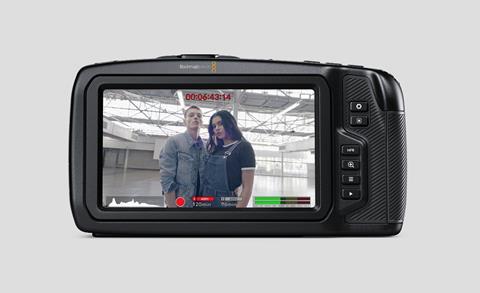 There’s a 5-inch LCD on the back, “to get perfect focus” at 4K and 6K resolutions. The touchscreen displays critical information while you’re shooting, menus for setting up the camera and touch-to-focus controls. On-screen overlays show status, a histogram, focus and peaking indicators, levels, frame guides, playback controls and more.

6K images make it possible to zooming and re-frame in post-production to create wide shots and close ups from the same image, without losing image quality.

The camera’s dual gain ISO minimises grain and noise in images, while maintaining the full dynamic range of the sensor.

Petty said: “The Blackmagic Pocket Cinema Camera 6K features incredible new 6K imaging and EF lens support that customers have asked for. It has all of the great features customers love from the 4K model, but now adds an EF lens mount, increased 6K resolution for even higher quality images and more. DaVinci Resolve Studio is also included, making it an incredible all in one solution that enables anyone to be creative and tell a story.” 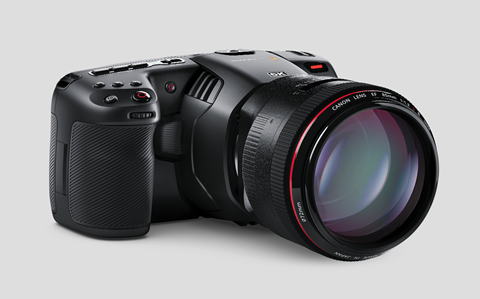 The Blackmagic Pocket Cinema Camera 6K is available immediately from Blackmagic Design resellers worldwide for US$2,495, including a full version of DaVinci Resolve Studio.