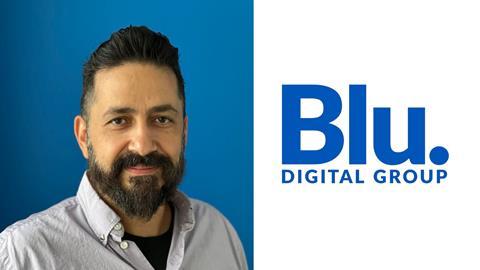 Rizkallah will be responsible for the operations and increased automation of business processes. In addition, Rizkallah arrives after the company’s acquisition of Central Post LA, a 4000 square foot post-production facility in Burbank, and its technical and creative teams. He will help to integrate the existing infrastructure, which includes recording rooms and a Dolby Atmos-certified mixing stage, into Blu Digital Group’s existing operation.

Rizkallah has spent the last 15 years at digital media management company Bitmax, first as chief technical officer and VP of operations, and later as chief operating officer and chief technical officer. While there, he ran its Apple iTunes preferred status contract, built and set the standards for the company’s localization division, and set up QC processes and developed software and tools for a variety of media management and delivery applications.

Before Bitmax, he worked in IT operations in the healthcare industry.

Rizkallah added: “Having worked within the media management and distribution industry for a number of years, I have been aware of the growth story of Blu Digital as it has evolved its services and software as the industry has matured. Blu is on a clear trajectory of rapid growth and I’m excited to join the company to help integrate and lead the operation through its next phase of transformation.”