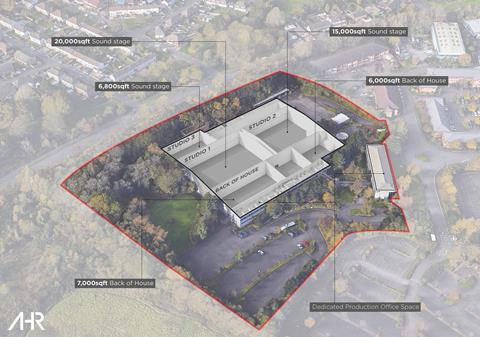 Bottle Yard Studios has received an investment of just over £11.8 million from the West of England Combined Authority (WECA) to continue its expansion plans.

Following the submission of an outline business case to the local authority by Bristol City Council, WECA greenlit £135,000 to develop a full business case and allocated £11.73 million for site purchase costs and to enable the works.

This will take the number of sound stages from eight to 11, and there will also be some improvements made to the existing Bottle Yard buildings.

Tim Bowles, Mayor of the West of England, said: “I’m very pleased that as part of our Economic Recovery plan, we can help The Bottle Yard Studios with £11.8m to expand and, with support from my team at Invest Bristol and Bath, attract more production companies to the West of England to help showcase the wonderful talent and opportunities we have in our region.”

Senior Bristol film manager for Bristol City Council responsible for Bottle Yard Studios & Bristol Film Office, Laura Aviles, said: “Many production companies are now seeking to secure studios for multiple year periods. With more high-end TV titles opting to shoot in Bristol than ever before, this expansion will enable The Bottle Yard Studios to attract an even greater percentage of that potential business to the region.

“Valuable jobs will be generated for Bristol’s talented crew base, local companies will see an increase in workflow and vital career opportunities for industry entrants from all parts of the city will be created, particularly for those living close to the Studios in South Bristol.”