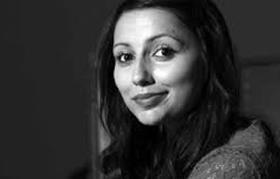 Butt has a wide-ranging CV that includes documentaries, entertainment shows and animated series.

She has also completed the voiceover recording work for Amazon’s The Grand Tour.

Before joining Clear Cut Pictures Butt worked at Dublin’s Screen Scene. During her time there she completed ADR work on seasons two to five of HBO’s Game of Thrones.

In 2015 she was nominated for an Irish Film and TV Award (IFTA) for best sound for the Tyrone Productions documentary My Fathers War.