It works with both traditional and virtual sets 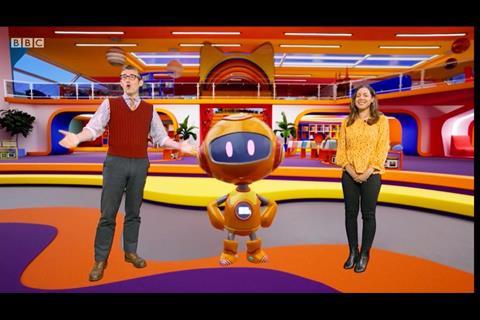 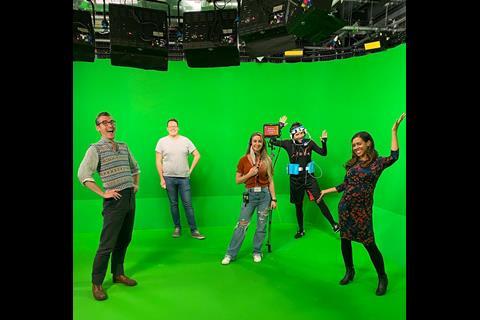 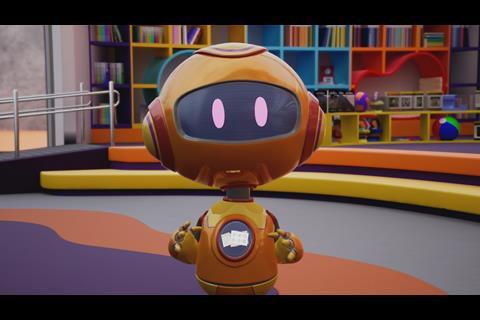 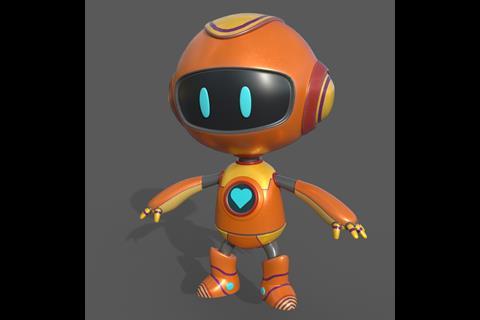 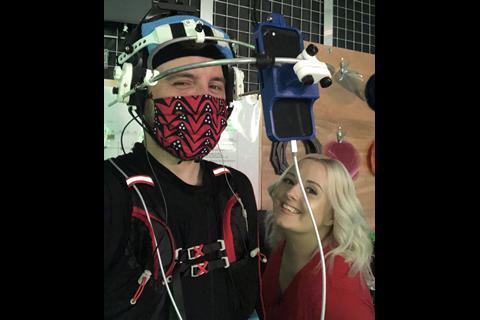 dock10 has revealed a real-time motion capture solution that allows augmented reality (AR) characters to be rendered in real-time in traditional and virtual production sets.

It achieves a number of firsts, including the combination of full-body motion-capture and facial-capture software for more expressive movement, and the real-time rendering of AR characters into virtual sets.

BBC Education is the first to use the technology, for its AR robot character ‘CLOGS’ for BBC Bitesize Daily. The new augmented reality robot presenter ‘CLOGS’ appeals to children as they gain curriculum knowledge. 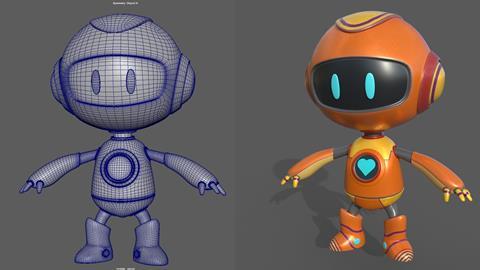 Richard Wormwell, head of production Innovation at dock10, explained: “Motion-capture technology is the best way to deliver really dynamic movement with AR characters in real-time. The performance artist not only wears a specialist full-body motion-capture suit but also a purpose-designed head rig that allows the deployment of facial-capture technology; the performers facial expressions are captured to give the AR character even more personality, from simple smiles and frowns to more complex eye and eyebrow movements.”

The performer’s motion capture suit is tethered to a computer running specialist tracking software. The cabling management system allows for complete freedom of movement including running and jumping, while precisely positioned monitors provide accurate eyelines along with autocue and programme return feeds.

The performer can be based in a separate space or within the studio where they can interact directly with other presenters and other AR characters. These technical elements are carefully synchronised to cleanly deliver the AR character into traditional or virtual sets with only a few frames of delay. 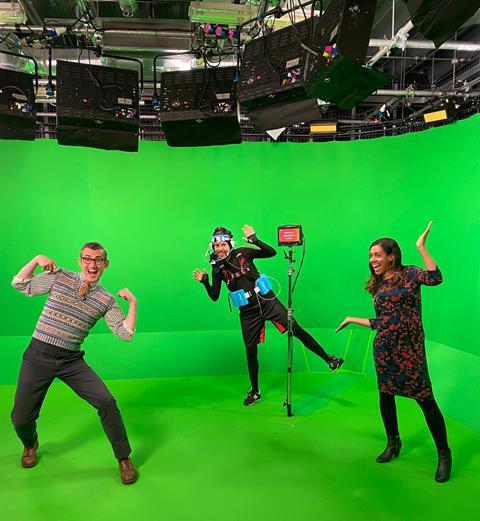 Wormwell continued: “Traditionally, motion capture has been a time-consuming process with lots of clean-up work required in post. Our solution combines real-time full body rendering of characters for an ‘as live’ output. This is something that was simply not possible before.”

Andy Waters, head of studios at dock10, added: “Our new solution pushes the boundaries of Augmented Reality, enabling productions to enhance their shows with AR characters that have completely natural movement, in-depth personalities and that perform in real-time. It is a new way of working that brings cinematic qualities to television and opens up exciting possibilities for productions in almost any genre. It could completely revolutionise entertainment formats and is perfect for prime-time Saturday night television shows.”