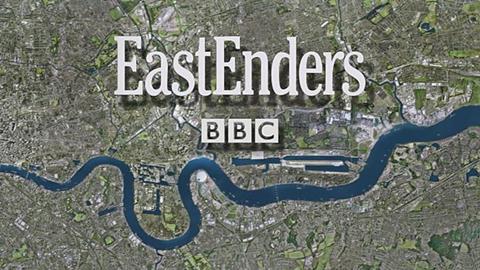 The BBC’s programme to replace the EastEnders set is likely to cost £27m more than originally planned and is two and a half years behind schedule, according to a critical report published by the National Audit Office (NAO) today.

E20, the name of the BBC programme to replace and enlarge the EastEnders set and to improve infrastructure at the BBC Elstree Centre, is now forecast to cost £86.7m, 45% more than the original budget.

The BBC now intends for E20 to be fully completed in May 2023, 31 months later than planned.

In its report, the NAO concluded that the BBC will also not be able to deliver value for money on the E20 programme in the way that it envisaged in 2015.

The NAO said that the case for E20 programme is clear, noting that the BBC built the external filming set for EastEnders, including Albert Square, in 1984, and originally planned to use it for two years.

The original set is no longer fit for purpose as the BBC cannot film on it in HD and degradation has led to filming delays due to health and safety concerns. There are ongoing maintenance costs to ensure filming can continue.

However, the NAO criticises the BBC’s planning and handling of the E20 programme.

The upgrade plan dates back to 2013, when the BBC proposed building a temporary set, two-thirds of the size of the existing external filming site, to use while it constructed a new permanent set.

The BBC revised its plans in 2015, moving its target completion date to October 2020. However, in October 2017, the BBC reported internally that its revised plans were no longer achievable due to forecast delays and cost increases.

The NAO said the increase in cost to £86.7m largely relates to the higher cost of replacing the Front Lot, the existing EastEnders external set, which the BBC now estimates will cost £54.7m - some £23.5m (75%) more than planned. The Front Lot is being rebuilt and improved using brick structures rather than the existing facades.

Following negotiation and clarification around the Front Lot construction contract, including the type and supply of bricks required, the BBC appointed construction firm Wates to carry out the work in September this year, at a fixed price of £24.2m, which is £9.5m more than the BBC budgeted in October 2015.

The BBC expects the Front Lot to be completed at the end of March 2021, 22 months later than originally planned.

E20 comprises other components at BBC Elstree, including the construction of two TV production control rooms (galleries); new edit suites; the installation and commissioning of more efficient boilers and upgraded facilities to house them; and new electrical infrastructure.

The NAO said that the delays in completing E20 primarily stem from: procurement delays, as limited market interest resulted in the BBC revising its approach; subsequent contract negotiations taking longer than planned; and more realistic assumptions about the time needed to age the newly-built Lots.

The report said that the BBC should have addressed some of these factors sooner.

“Early planning processes resulted in the BBC underestimating aspects of complexity, cost and risks of its approach,” it said.

“There was also insufficient construction project management expertise to identify critical design issues, for example with the Front Lot. While they did engage with each other, the programme team and EastEnders production (the end users of the set) were not sufficiently integrated, leading to ineffective design development and change processes.”

”We believe that the planned benefits are still broadly achievable, but given the high-risk nature of E20, it will need close scrutiny until it is finished.”
NAO

The NAO added that the BBC has also faced higher than expected inflation in the construction sector, as well as asbestos and obstructions in the ground that were somewhat unforeseen by the programme team, partly due to poor site records.

NAO head Amyas Morse said: “The BBC will not be able to deliver value for money on E20 in the way that it originally envisaged. It is surprising that some of the reasons for this were built in from the beginning. Despite recent project management improvements, E20 is late and over budget against its 2015 plans.

”We believe that the planned benefits are still broadly achievable, but given the high-risk nature of E20, it will need close scrutiny until it is finished.”

In response, a BBC spokesman said: “The set of EastEnders was built in 1984 and only intended for use for two years. Over 30 years later, the show remains one of the BBC’s flagship programmes and yet is filming from a set that is no longer fit for purpose. The new set will be suitable for HD filming for the first time and extend Walford to better reflect modern East End London.

“It’s a large, complex project that has already delivered many other vital improvements at BBC Elstree Centre, but like any building work of this scale, there have been challenges on the way, including construction market issues beyond our control and from working on a brownfield site.

”As the NAO recognises, we’ve already made improvements and are keeping the project under close scrutiny.”