Edinburgh to get new production facility 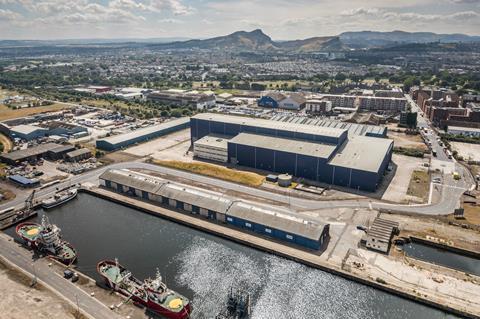 Screen Scotland is planning to open a significant new film and TV production facility in Port of Leith in Edinburgh.

The national screen agency is looking for a private developer to lease, refurbish and operate the site and has launched a tender process inviting proposals.

The 160,000sq ft site has the potential for five sound stages of between 50ft and 100ft in height. In addition, there is 27,000sq ft of workshop, production and office space.

The location, three miles outside of Edinburgh city centre and 10 miles from the international airport, was built in 2000 by engineering firm VA Tech but closed in 2004. It was taken over by energy firm Pelamis but the company subsequently closed.

The site has already operated as a base for film production when it hosted a portion of the shoot for Marvel movie Avengers: Infinity War in 2017.

This tender invitation is for organisations to:

Fund and carry out a refurbishment of the building to provide commercially viable studio facilities. This may be partially funded by state aid compliant funding from Screen Scotland

“The site presents a fantastic opportunity to increase Scotland’s screen infrastructure, and capitalise on the unprecedented production boom, which will have a hugely positive impact on our screen sector and the wider economy,” said Isabel Davis, executive director of Screen Scotland.

Fiona Hyslop, Scotland’s cabinet secretary for culture, tourism and external affairs, added: “The Scottish Government is focused on strengthening our screen sector and creating the conditions to support continued growth across production, development, talent and skills. We have significantly increased our funding for screen this year and supported the launch of Screen Scotland, which brings together public sector support for the industry,”

This story was first published on our sister site screendaily.com