She takes over from Bevan Gibson, who has moved to COO 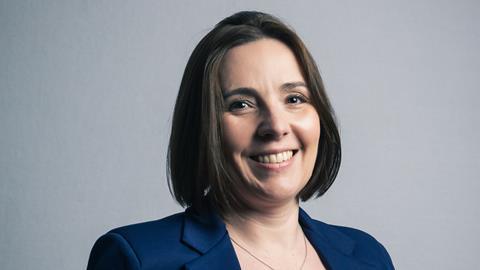 O’Brien will report to Gibson, and operate from EMG’s UK base in Wycombe. She will lead the company’s technical strategy, develop its technological roadmap, manage its country CTOs across Europe and the U.S. and be responsible for recruiting the technical team at the group.

A particular drive will be EMG’s switch to IP technology and working on its IP broadcast workflow diPloy, as well as working on its remote and decentralised production capabilities.

O’Brien has 20 years’ experience in the broadcast industry, spending her early years at Sky and the BBC. She has also held engineering roles at Arqiva and Discovery, and more recently was head of field operations at ITN for almost two-and-a-half years. She joins EMG from GB news, where she spent just over a year as head of technology and operations - originally building the channel from scratch into a fully functional news room with two control rooms, two equipment rooms, a broadcast chain, alongside hiring staff, in under three months.

O’Brien said: “I’m excited to be joining an established market leader like EMG. The group has some of the best engineering minds in the industry and I relish the chance to shape its technical journey and support in EMG in achieving even more success in the market.”

Gibson added: “To maintain our market leading position in broadcast, we needed a CTO with industry experience, deep engineering knowledge, robust decision making and vision. We have found that in Lucy, and we are excited to see how she can support EMG in continuing to deliver cutting edge technical excellence in broadcasting. She is a great addition to lead our world class team.”

Shaun Gregory, CEO of EMG, said: “Lucy is a very experienced technologist, having worked in many areas in the broadcast industry in a range of varied roles. Her extensive experience and broad skillset make her the perfect candidate to lead our technical transformation and champion our charge to an IP-led future. Lucy will work with rest of our technical colleagues around the world to ensure EMG remains a leader in broadcast innovation. We wish her every success in her new role.”