George Foulgham Soundscapes will provide support for film & tv productions from concept to the final mix. 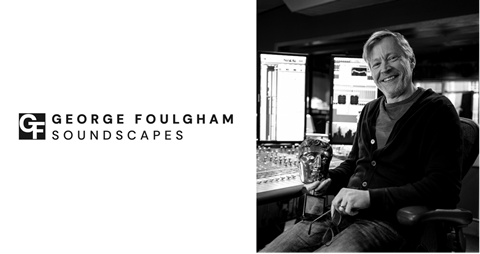 An audio post-production company, GF Soundscapes aims to provide support for film & tv productions - both documentary and drama - from concept to the final mix.

It wants to deliver a holistic approach, joining projects as early as the treatment stage, through to filming rough cuts, and the final mix, with the desire to streamline the service and avoid common problems found in post-production.

Foulgham himself has won a BAFTA for ‘Best Sound’ for his work on Trawlermen, an RTS Craft & Design award for Fighting the War, six further BAFTA nominations and most recently a nomination for a Broadcast Tech Innovation Award.

Foulgham said: “This is an exciting new chapter in my career. I’m really looking forward to getting involved with projects at the pre-production stage, where a lot of audio decisions are made without a voice from the ‘post’ world. Overseeing a project’s audio requirements from start to finish will make the whole process a lot more streamlined for our clients. Too often it’s clear from the final piece when the soundscape has been treated as an afterthought.”