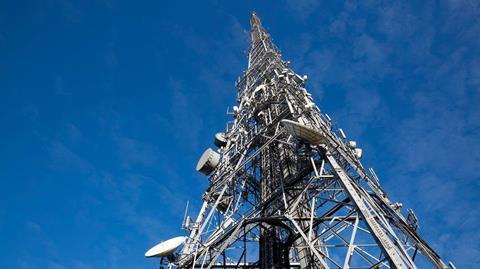 TV, radio and mobile infrastructure operator Arqiva has posted revenue growth of 2.7% to £990.4m in the financial year to 30 June 2019.

Arqiva said its Satellite and Media revenues were impacted largely due to the decision to exit a low margin managed service contract, as well as a reduced focus on Playout and Occasional Use products, from which its expects to be fully exited from over the next couple of years, as well as the transfer of the reporting of revenues from its Connected Solutions into Terrestrial Broadcast.

In July, Arqiva combined the Terrestrial Broadcast and Satellite and Media Business units, as well as the corporate network teams, into a newly merged business unit, Media Networks.

Arqiva said it had capacity of 32 video streams on its main (DVB-T) multiplexes, and that it expects that use may reduce as “a small number of customers review their channel portfolios.” Arqiva added that it “remains confident in optimising the medium- and long-term value of its DTT multiplexes.” Contracts in this business area are still typically 3-6 years in duration.

Arqiva said its plans to reduce focus on Playout and traditional Occasional Use satellite distribution and uplinking are “progressing well.”

Arqiva said: “These relatively subscale areas provided minimal contribution to the Group’s overall earnings and cashflow. The Company successfully completed its repositioning to focus on providing managed services for live events focusing on the growth areas of content acquisition, contribution and IP and fibre delivery.”

In July, media reports said Arqiva was planning a break-up of its business, two years after ditching a £6bn float. The move would see Arqiva’s TV and radio towers business split from its mobile masts division, which rents space to telecoms operators, the Sunday Telegraph reported.