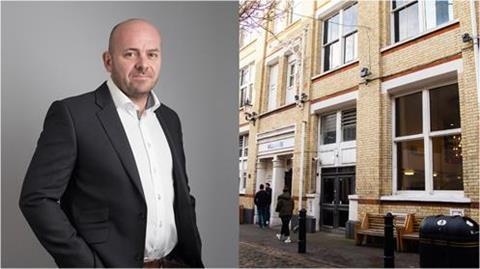 Molinare has promoted Nigel Bennett to the new role of managing director as part of restructure which sees CEO Julie Parmenter leave the company.

Parmenter joined Molinare in 2012, partnering with former CEO Steve Milne and Next Wave to buy the company’s assets. Milne, who was exec chairman, left last year.

During her time at Molinare, Parmenter oversaw the acquisition of Hackenbacker and the company’s expansion into Hoxton. In a statement, Molinare said: “The Board expresses their appreciation to Julie for her service to the Molinare Group for the past seven years.”

Bennett joined Molinare earlier this year from Pinewood Studios, where he worked his way up over 20 years from re-recording mixer, through operations management across film, TV and games, head of operations of digital content services, and up to the group director of creative services - a position that he held since 2014.

Bennett commented: “It is a privilege to lead Molinare into a new growth phase. It is imperative to keep pace with the ever-changing demands of this industry we serve, and with the solid foundations we have here already, we’re ready to take the business to new heights. We’re more determined than ever to win new business and new clients.”

Molinare said his responsibilities include growing revenue across feature film, TV drama, feature documentaries and TV factual, and demonstrating a clear path forward for the business.

“Over the coming months Nigel will work with the existing senior team at Molinare to implement a new business growth and investment plan with the full support of Molinare’s shareholders – Saphir Capital and Next Wave Partners.”