Film-maker James Levelle and colourist Peter Doyle among the latest names joining the speaker line-up, with kit from Fujinon and Blackmagic also on display 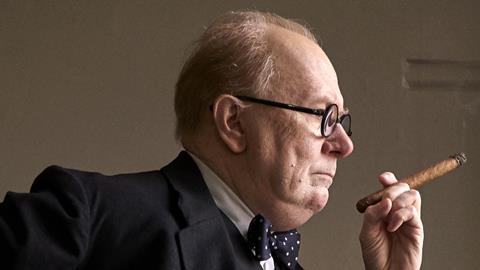 With this year’s Media Production show less than a week away, exciting seminar content is still being added, and the line-up of inspirational industry names set to take to stage at the show continues to grow.

New to the programme this week is award-winning adventure film-maker James Levelle, who will speak in the Eye of the Storm session in the Broadcast TECH Theatre on the first day of the show.

Levelle’s work has taken him to some of the most extreme environments on the planet and through his character-led observational documentaries, he has challenged perspectives on the natural world.

Also speaking on the Broadcast TECH stage is renowned colourist Peter Doyle, who has graded 12 of the 100 highest-grossing films of all time. Credits across his 40-year career include The Lord Of The Rings trilogy, the Harry Potter and Fantastic Beasts films, and Churchill biopic Darkest Hour.

On the keynote stage, Jamal Edwards, founder of SB.TV, the pioneering online music platform responsible for launching the careers of artists including Ed Sheeran, will give insight into his success.

Delegates to the Media Production Show will also be able to get their hands on some of the latest kit. Fresh from Cine Gear Expo in LA, Fujifilm debuts the Fujinon Premista 28-100.

As well as offering a chance for delegates to try the lens, Fujinon will be showing an exclusive UK film shot by Tobias Schliessler (Beauty And The Beast; Lone Survivor) using the lens, and a unique behind-the-scenes movie.

In a sign that there is no standing still in the broadcast industry, Blackmagic Design will go beyond 4K with Holdan on stand 422. The show will be the UK launch of their 40-input Ultra HD ATEM Constellation switcher, which is 8K ready. 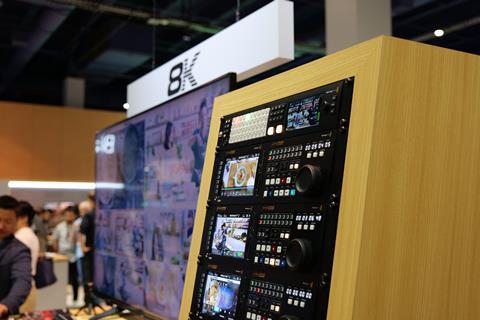 Also on show will be the new HyperDeck Extreme 8K HDR deck and the Teranex Mini SDI to HDMI 8K HDR converter, both of which are capable of 4K and 8K support.

Richard Payne, head of technology at Holdan, Blackmagic Design’s UK and Ireland distributor, said: “8K is undoubtedly exciting. But it’s the power of this equipment to support massive Ultra HD workflows today that is drawing so much attention. In the ATEM Constellation switcher, you’ve got 40 12G-SDI inputs and 24 outputs for under £8,000, and that’s just incredible.”

Holdan’s stand will also feature a wealth of technology straight from NAB 2019, including new equipment from Teradek, SmallHD, Core SWX, FieldCast and Manfrotto.

For more details about the Media Production Show, including its full list of seminars, visit:https://www.mediaproductionshow.com/