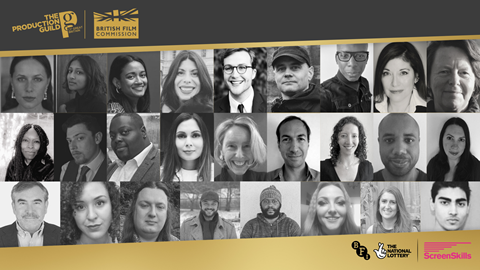 The Production Guild of Great Britain (PGGB) has revealed the first 15 entrants to its Diversity and Inclusion Mentor Scheme.

Run in partnership with the British Film Commission, the programme has matched 15 mentees with experienced industry mentors working in UK film and high-end TV production.

Aimed at workers in all grades and departments represented by PGGB’s membership, including production, accounts, ADs, locations, post-production and VFX supervisors and co-ordinators, the scheme wants to help underrepresented talent at entry, early and experienced levels reach the next level of their careers.

Jivan Mann, PGGB’s Diversity and Inclusion Action Group producer, says: “This is a fantastic opportunity for both mentors and mentees to really help the future leaders of today change the landscape of production for tomorrow. We kicked off at the end of July with a sound discussion around the benefits of mentoring, experiences of privilege and career progression, followed by training on how to get the best out of mentoring in conjunction with ScreenSkills. We can’t wait to check in with our mentees soon to see how they are developing as the scheme progresses.”

The scheme is supported by ScreenSkills Mentoring Network, which is supported by the BFI, awarding National Lottery funds as part of its Future Film Skills strategy - and you can find out more here.