Stranger Things and The Umbrella Academy are among the worst offenders

A study has revealed the environmental damage caused by streaming some of Netflix’s top shows.

Save On Energy has released the results of its study into the platform’s highest performing series and films.

Even David Attenborough documentary Our Planet, with its environmental message, emitted 195 million kilograms of CO2 through streaming. 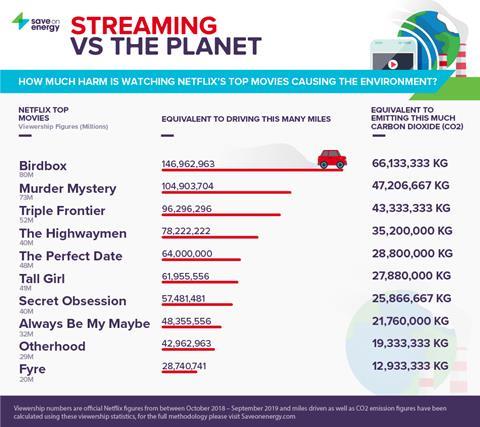 This pollution is caused by the network of cables, routers, data centres, etc. that data has to be sent through every time that someone watches content through an online streamer.

Save On Energy came to its conclusions by taking the findings from Shehabi et al’s scientific paper on how much CO2 is released per half an hour of streaming, and then putting it together with viewing figures and run times from Netflix’s shows. It added further info from Inês Azevedo, associate professor of energy resources engineering at Stanford University, on how much CO2 is created per four miles of driving. 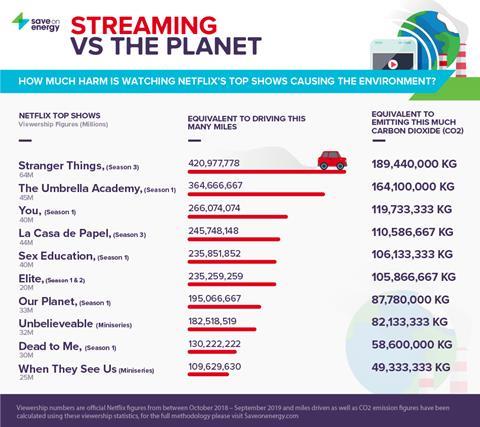 The BBC has reported that how consumers watch content can have a major effect on how much CO2 is emits.

It revealed using mobile data can be the worst for the environment, while streaming over Wi-Fi or watching on terrestrial TV can release less pollution. Watching in a group also helps to be more climate friendly.