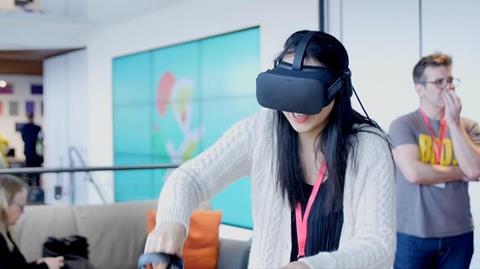 The VR headset market slowed to 5% growth in 2019, but the outlook for the sector is positive, according to Futuresource Consulting report.

Futuresource said that although market development hasn’t reached the levels expected at the start of 2019, this is a delay in uptake rather than a market reversal.

“Although price and content availability remain the largest inhibitors to widespread consumer adoption of VR, we are seeing signs of progress,” said James Manning Smith, market analyst at Futuresource Consulting.

“Technological achievements like inside-out tracking, hand tracking, field of view and resolution milestones suggest that this technology is leaving its nascent stage and will be commercially viable within the next five years.”

Consumers are now looking to the benefits of improved hardware and moving away from easy access to limited, short-lived content, according to Futuresource.

Futuresource said that consumers are opting to purchase next generation devices over dispensable low-tech mobile viewers, giving content creators the opportunity to showcase more immersive experiences and the true potential of the VR medium.

“Mobile is the weakest link in the VR chain,” said Manning Smith. “Its market volume dropped by 11% in 2019, dipping below 11 million shipments worldwide, though All-In-One (AIO) also underperformed relative to early year expectations.

“This shift in fortunes is primarily due to a change in market direction. Vendors are focusing on providing a high quality six degree of freedom (DoF) experience, rather than the standard 3DoF interface which was responsible for the rapid mobile and AIO growth of 2017.”

PC and console VR both posted strong results in 2019, helping to offset the declining volume in mobile and the modest growth in AIO.

“Console VR is definitely a market high-point,” said Manning Smith. “With shipments of 2.4 million in 2019 and an installed base of 3.8 million active units, it continues to deliver on its promise, with an attachment ratio of 5% to active PS4 consoles.

“Looking to PC VR, we’re seeing some strong developments, with 4.1 million shipments achieved in 2019. However, we expect the category to remain a premium niche, driven by high quality headsets. And while this will drive interest for business users, the consumer gaming angle is likely to remain limited.”

Q4 2020 will usher in the next generation of console hardware, with the release of Sony’s PS5 expected to boost demand for PSVR headsets.