Chris Evans is rounding off each week of his new Radio 2 breakfast show with a bit of sporting one-upmanship with
the show’s sports reporter, Jonny Saunders. 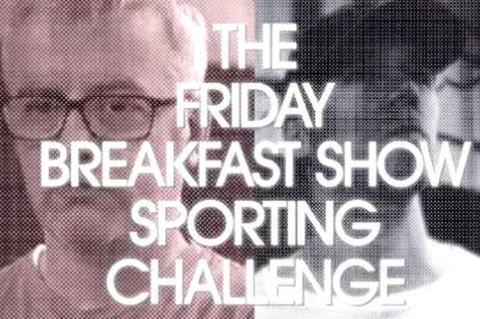 The duo go head to head in an irreverent online video contest - the true nature of which they only discover upon arriving at the venue.

The 12-part series began last week with a tennis bout that comprised a mini-game played entirely in the net half
of the court, a serve-off and a full set. Jonny, a decade younger than Chris, cleaned up, but the DJ has vowed revenge in the coming stages.

As part of Evans’ mission to make his show interactive, listeners can suggest challenges on-air and compete online for their own weekly trophies.

The BBC commissioned the videos from Pulse Films. The indie previously filmed Evans’ penultimate show in his old Drive Time slot, which was broadcast live at the Matter London venue at the O2, as well as interviews with the DJ for the Radio 2 website.

The challenge runs initially for 12 weeks.