Picture and audio post-production on the 16th series of the chat show. 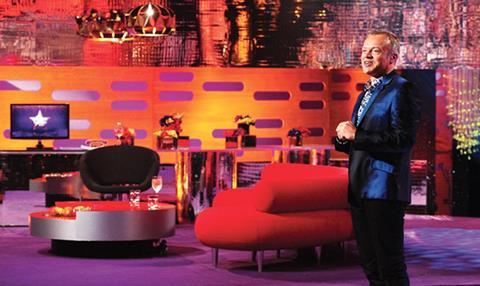 Post Evolutions
Client So Television
Brief Picture and audio post-production on the 16th series of the chat show.
How it was done Senior editor Perry Widdowson, who has been working with So Television on the series since it began, edits and dubs the show, which is recorded on a Thursday and transmitted on a Friday. Instead of a paper edit, Widdowson uses an edit decision list of a rough cut created overnight by series producer Jon Magnusson in Final Cut Pro. Widdowson creates a polished and dubbed final master for TX using Avid Symphony. From stems provided by sound supervisor Rob Ashard, Widdowson uses an outboard Yamaha DM1000 digital mixer to mix the show while he edits because there is not enough time to complete the mix as a separate pass.
Watch it Fridays, 10.35pm, BBC1