“On a cold January evening, this was utterly delightful escapist television.” 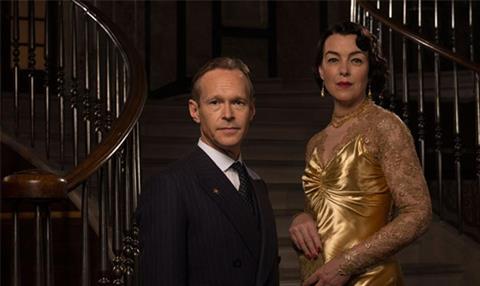 Using a London hotel as a haunt for politicians, spies and journalists during the Blitz — the glitziest air-raid shelter in town — is an intriguing premise, and Olivia Williams is always a class act, even if her ladyship had little to do so far but fume stoically.
James Jackson, The Times

It came out all guns blazing with a rollicking jazz band, a massive explosion and a selection of tawdry storylines about the upstairs-downstairs shenanigans at an upmarket hotel in wartime London. But while the opening episode was eventful, it was also more than a little confused.
Gerard O’Donovan, Daily Telegraph

As well getting the classical references right, it also clearly ticks a lot of boxes on the Downton Abbey replacement checklist. It has posh people, including the titled Hamilton family, who not only own a chunk of land somewhere but also, rather less probably for mid-20th century aristocrats, own the hotel.
Matt Baylis, Daily Express

They should have had the balls to call it Downton Hotel. C’mon, we’re all grown-ups here!
Lucy Mangan, The Guardian

As the new series began I was tempted to make a joke about cutbacks as forensic scientist Nicky Alexander was being asked to ID a finger-tip. The full bodies, needless to say, soon followed. The first part looked good, actually, gripping and suspenseful.
Matt Baylis, Daily Express

The gory clues that Dr Nikki unravels are plain balderdash. None of them add up, and it’s so irritating that the show can become unwatchable.
Christopher Stevens, Daily Mail

The stories of passengers combined with aerial shots of the train pistoning away evoked the usual nostalgia. It is, however, surely time for television’s syrupy love affair with the old Scot to take a break.
James Jackson, The Times