Provide picture and audio post services for the Channel 4 series about an unremarkable man with an exceptional talent for impersonations. 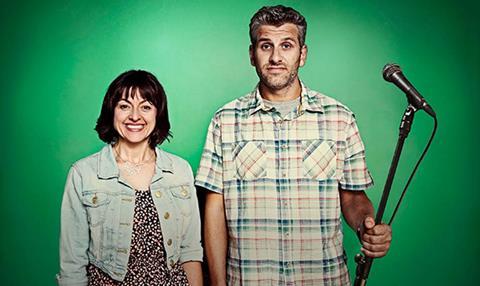 Post Technicolor
Client Running Bare Pictures
Brief Provide picture and audio post services for the Channel 4 series about an unremarkable man with an exceptional talent for impersonations.
How it was done Senior colourist Dan Coles used Baselight for the grade. He created a look with warm saturated colours and a rich, punchy level of contrast. Shapes and vignettes were used to accentuate the detail. To make a character’s pink car stand out whenever it appeared in shot, he added a layer of secondary colour correction. Dolores McGinley and
Siôn Penny, who also onlined, were responsible for the VFX in the series. They used Autodesk’s Flame to create and animate ants for a scene in episode two. Head of sound Gareth Bull was the lead mixer on the series and was assisted by re-recording mixer Jules Woods.
Watch it Watch the series on 4oD