Jeremy Clarkson’s suspension, Danny Cohen’s exit from the BBC and ITV’s swoop for the Voice were among the most-read articles of the year. 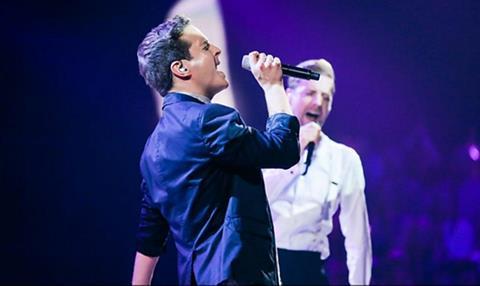 Jeremy Clarkson was suspended by the BBC after throwing a punch at Top Gear producer Oisin Tymon, according to reports.

Danny Cohen is to leave the BBC to “pursue a new leadership challenge”.

Channel 4 head of entertainment Justin Gorman is leaving the broadcaster after five years.

Four of the BBC’s most senior commissioners will have their roles closed as part of a major overhaul of the factual division.

Who owns what in the newly consolidated indie sector

Ben Stephenson in talks to leave the BBC

BBC drama controller Ben Stephenson is in talks over a high-profile move to the US, Broadcast can reveal.

Stuart Murphy is hunting a role outside of the TV industry when he leaves Sky and has ruled out replacing Danny Cohen at the BBC.

ITV poaches The Voice: five things you need to know

Why the BBC refused to enter a bidding war for The Voice UK and what the decision might mean for the entertainment industry.

A row has broken out over the creation of entertainment juggernaut Strictly Come Dancing, with former BBC exec Wayne Garvie rubbishing claims by Fenia Vardanis that she was responsible for the success of the format.

Netflix opens up to UK indies

Netflix has opened its doors to the wider UK indie community for the first time, as it hunts for ambitious entertainment and fact ent formats.

Key figures from Channel 4’s history have warned that privatising the PSB would be a “disaster” for the UK television industry.

BBC Worldwide’s US production chiefs Jane Tranter and Julie Gardner will launch their drama indie Bad Wolf next month with backing from the Welsh government.

Endemol Shine Group is preparing for the first wave of redundancies since its mega-merger with around 20 roles set to be axed across its international distribution business.

ITV Studios is launching a major entertainment production company with a trio of senior execs from Objective Productions and its co-founder Andrew O’Connor.

Channel 4 is merging its entertainment and factual entertainment teams and will hand control of the super-division to Liam Humphreys.

Duncan Gray, whose commissioning credits include Britain’s Got Talent for ITV and A League of Their Own for Sky 1, has launched an indie.

Fremantle Media UK has written to Sky and the indie behind Bring the Noise seeking assurances that the music panel show is unrelated to a format it previously pitched to the broadcaster.

Patrick Holland, the managing director at Fremantle Media UK label Boundless, has been named head of documentaries at the BBC.

Sony Pictures Television’s international chief creative officer Wayne Garvie has turned down the chance to run BBC Studios – but the corporation is edging closer to making an appointment.

BBC England boss Peter Salmon will be tasked with commercialising the corporation’s in-house production division after being appointed the first director of BBC Studios.