Provide graphics and VFX for a second 12-part series in which events that defy scientificexplanation are recreated based on the testimonies of eyewitnesses. 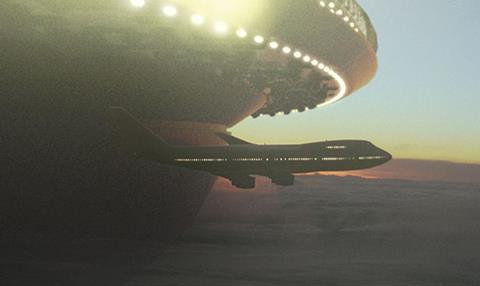 VFX and graphics Darkside Studios
Client Raw TV for Discovery Networks International and Science Channel.
Brief Provide graphics and VFX for a second 12-part series in which events that defy scientific explanation are recreated based on the testimonies of eyewitnesses.
How it was done Darkside Studios supplied all visual effects for the series using a combination of Maya and Cinema 4D. Shots delivered included monsters, UFOs and ghostly apparitions. Motion graphics and maps were also designed and delivered for what was a relatively fast-turnaround show. Greg Cox and Garry Brown were the senior artists on the project, overseen by head of studio and company owner Simon Percy.
Watch it Sunday 12 October, Discovery Channel