Provide the sound mix for the 26 x 30-minute series, a reboot of the 1960s puppet adventure show. 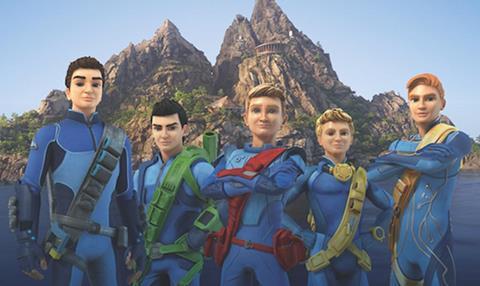 Brief Provide the sound mix for the 26 x 30-minute series, a reboot of the 1960s puppet adventure show.

How it was done Nearly all of the signature sounds in the show are based in reality, which Hackenbacker founder and re-recording mixer Nigel Heath said adds believability and worldliness to the series. Vacuum cleaners, air conditioners, leaf blowers and several severely abused microphones all contribute to the sounds of International Rescue’s various aircraft. Sound editors Darren Banks and Adam Armitage worked on the FX, while the Foley was supplied by Keith Partridge, working out of Hackenbacker’s dedicated stage in Marylebone, London. A largeformat AMS Neve console was used for the final mix of effects, Foley and dialogue, which Heath described as “hectic and a lot of fun”.

Watch it Thunderbirds Are Go airs on Saturdays, 8am, ITV