Time to turn statements of support into actions

Black Lives Matter must be catalyst for genuine change 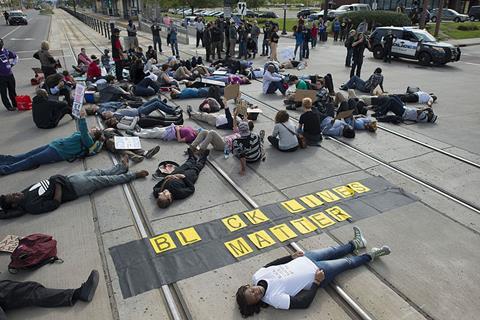 I’m writing this as decades of systemic racism spill over in the US and social media is flooded with right-wing hatred, bile and police violence. The world feels brutal right now, and months of isolation has only added to a sense of breakdown. So what now for the British TV industry?

For Black Lives Matter to be a meaningful moment in our sector, it must be a catalyst for plugging the gap between good intentions and lived experiences.

The biggest broadcasters and production groups have articulated a desire for change over and again. Yet for years there has been crushing inertia as good intentions are not realised.

It is painfully clear that there are still not nearly enough senior commissioners, channel controllers and indie bosses of colour, and that only when our power base is far broader will change be delivered effectively.

Across class, ethnicity and disability, ours is a homogenous sector, which means it is not exposed to some important and unpleasant experiences. How many TV execs have ever had to endure their teenage kids being stopped and searched, for example?

It is painfully clear that there are still not nearly enough senior commissioners, channel controllers, and indie bosses of colour.

This an industry that can be ruthless. And when money and time are tight, the temptation is to do things they way they have always been done, with the companies and people that have always done them. Continuity and the status quo is no longer acceptable.

So let’s all challenge ourselves to take responsibility for change.

It bears saying that for Broadcast, Black Lives Matter. We must now turn that statement into something authentic and meaningful and to try our best to be a force for change, however small.

That means seeking out a broader range of interviewees, speakers, awards judges, stories and programmes to feature and to supporting and challenging the industry in equal measure.

It’s possible to commend the BBC for promoting Michaela Coel’s I May Destroy You to BBC1, while also questioning whether 10.45pm is the best slot it could really find.

We’ll be educating ourselves, but I still think it appropriate to ask for input from our readers. If we’re missing something, if you have an idea, if there’s a story we should be aware of, or a debate to be had – let us know. 2020 has been a pretty awful year so far.

Let’s try to make its second half a positive experience for all parts of society.

Please note, this article has been amended.

Originally it read: ”I do not believe the industry is run or staffed by people who hold racist beliefs, nor that the biggest broadcasters and production groups have anything but a genuine desire for change. Yet for years there has been crushing inertia as good intentions are not realised.”

The first clause of the first sentence has been deleted. It may have suggested that there is not racism within the industry, or that racism only manifests itself through overt acts or use of the most offensive language. Neither is true. Broadcast would like to apologise for the offence caused.