“Timeless is what you’d get in a parallel universe where Americans invented Doctor Who.” 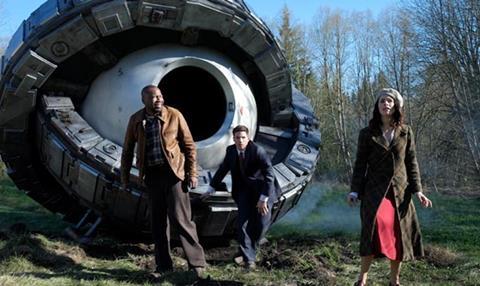 “It is certainly not a new idea. What it is, though, is a fun ride. Bumpy maybe, certainly bonkers, but undertaken with good humour.”
Sam Wollaston, The Guardian

“Timeless is what you’d get in a parallel universe where Americans invented Doctor Who. Instead of quirky idiosyncrasies, it delivers flat-footed characters hitting each other over the head with lumps of dialogue.”
Christopher Stevens, Daily Mail

“It does not quite work as television. As history, it is almost insultingly simplistic. On the positive side, the show was never boring and always clear.”
Andrew Billen, The Times

“Six Wives is pitched somewhere between Cliffs Notes and Horrible Histories. Worsley’s first-person shtick works in less familiar areas but not where there are so many other footprints all over the terrain.”
Jasper Rees, The Telegraph

“The dramatic reconstructions sometimes drag, and when they cut away to the modern day, the effect is jarring. One minute, we’re listening to the verbatim conversation of Anne and Henry, the next we’re watching a Thames ferry chug past the Tower of London.”
Christopher Stevens, Daily Mail

“Even as you feel yourself being manipulated, cynicism has no function here. This is great TV about brilliant young people making an actual difference. A rare example of television making itself useful.”
Jasper Rees, The Telegraph