The London Studios (TLS) is to radically scale back its post-production operation, resulting in a raft of redundancies. 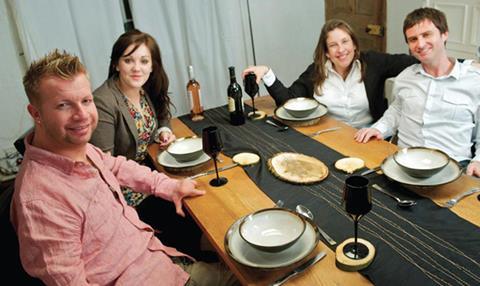 The London Studios (TLS) is to radically scale back its post-production operation, resulting in a raft of redundancies.

The changes could take effect by April 2015 due to its parent firm, ITV Studios, opting to use third-party facilities to edit and finish programmes made by producers within the group.

TLS staff were informed about the decision last week. Job losses are now anticipated, with some 30 staff, including editors, dubbing mixers, edit support, bookings and post-producer teams, to begin consultation over their roles from December. The final number of redundancies is expected to be less than 30.

This is in addition to the 10 redundancies TLS made in its technical and operations teams over the summer as part of a strategy to adopt a procurement-driven approach to the way it selects postproduction suppliers.

The South Bank-based facility also offers 26,000 sq ft of production space across eight studios that have housed series including The Graham Norton Show, Friday Night With Jonathan Ross and Loose Women. Studio support staff are not affected by the closure.

Broadcast understands that the post division could remain open until June if Come Dine With Me, which is produced by ITV Studios company Shiver, continues to post at TLS. If it does not, the bulk of the post division is expected to close in April.

The boss of one London-based post-production company said TLS’s exit from the post sector would help to create “a more level playing field”. He said: “If it allows independent post companies to pitch for work, then it has to be good news for the industry.”

A tender to post-produce longrunning series Come Dine With Me is a particularly mouth-watering prospect for larger London facilities with enough offline suites to cut the series.

It is believed that a contract to post the daytime, peak, celebrity and special strands of Channel 4’s show has been worth as much as £1.5m in revenue for TLS.

Light entertainment and shiny floor shows post-produced by TLS are also likely to be in demand.

A TLS spokeswoman said: “From 2015, ITV Studios intends to scale back post-production with TLS and, as a result, TLS is beginning a review of its post-production business.”