“Channel 5 has something Bear Grylls didn’t: an unlimited supply of divvies” 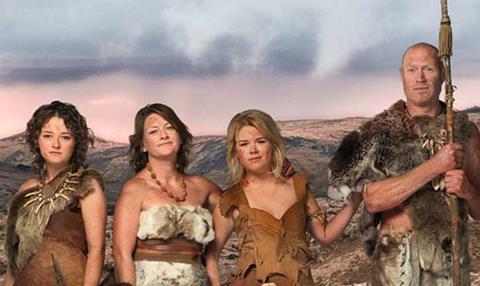 “You could probably learn more about Stone Age life from a one-hour documentary. In fact, you probably have, many times, on many TV channels. This is just more Survivor stuff, Big Brother with furs, but still quite fun to follow.”
Matt Baylis, Daily Express

“At first glance, Channel 5’s new reality challenge series 10,000 BC looks a lot like a cheapo take on The Island with Bear Grylls. Only Channel 5 has something Bear Grylls didn’t: an unlimited supply of divvies, with zero experience of the great outdoors. Despite the cushy conditions, 10,000 BC still managed to raise some interesting questions about the degenerate state of modern man.”
Ellen E Jones, The Independent

“The reality show 10,000 BC promised to be intelligent, well-planned viewing, too — but it stumbled straight into the trap that wrecked similar concepts. The whole thing was a shambles and a nonsense. The letters BC must stand for ‘Barely Credible’.”
Christopher Stevens, Daily Mail

“They were dropping like flies from the first. All hell should break loose on schedule tomorrow, when episode two airs. It probably won’t have you hankering for the Stone Age, but it might make you wish you lived in a time before television.”
Tim Dowling, The Guardian

“This is a Channel 5 entertainment show. So it’s only a matter of time before it all kicks off, especially as a good many volunteers, mostly kept to the sidelines as yet, were clearly chosen (like the strict vegetarian mother and daughter duo) for their seeming unsuitability to Stone Age life. Now that the honeymoon period is over it shouldn’t be long before the skin and furs – and maybe even a few axe heads – start flying.”
Gerard O’Donovan, The Telegraph

“Goodness, how the drama has changed. It all started so well back in March 2013 with that opening scene so crisp, so telling that we met practically an entire Dorset community and its foibles with the first few minutes. Since it returned five weeks ago it’s been more like a spider diagram whose ever-expanding limbs are groaning under the weight of subplot piled on subplot.”
Alex Hardy, The Times

“It was the first time that this series has come close to matching the outstanding acting and writing of the previous season. Don’t get your hopes up too high, though. The show is still floundering in a mire of errors. Some of them were so bizarre that Broadchurch would fail its GCSE in Common Sense.”
Christopher Stevens, Daily Mail

“But it is not simply Broadchurch’s disregard for the niceties and hierarchies of police and legal procedure that have disappointed in this second series. It’s that such obvious, and careless, lapses have a corrosive effect on our capacity to trust in the story overall.  It was the rare emotional truth of its characters that made the first series of Broadchurch such an overwhelming success. Painful as it is to accept, there’s been little evidence of that this time round.”
Gerard O’Donovan, The Telegraph

“Still awake at the back? Fans of subplots were spoilt rotten in this latest instalment of Chris Chibnall’s diminishing crime drama, which is currently going off on more tangents than an A Level geometry textbook.”
Chris Bennion, The Independent

“Myers’ enthusiasm, as ever, was infectious, as he led us through a cuisine, fresh and simple and yes, quibbles aside, seriously ancient.”
Matt Baylis, Daily Express

“Six chefs, six countries, starting in Egypt with lots of delicious… er… what exactly? As Myers pointed out, Egyptian cuisine doesn’t have much of a profile in this country. “Where would one go for ‘an Egyptian’? In fact, can you name me one Egyptian dish?” Now we can.”
Ellen E Jones, The Independent

“I admire its colourful grubbiness: last night’s episode contained the team going at a charred corpse meticulously with a pair of tweezers and Gillian McKeith would have been proud of a scene in which the team discovered that the dead man’s last meal had been sea kale. However, the dialogue creaks with heavy-handed exposition and some of the acting is as stiff as the corpses.”
Alex Hardy, The Times