TV Critics: 24 Hours in A&E The River; How Gay is Pakistan? 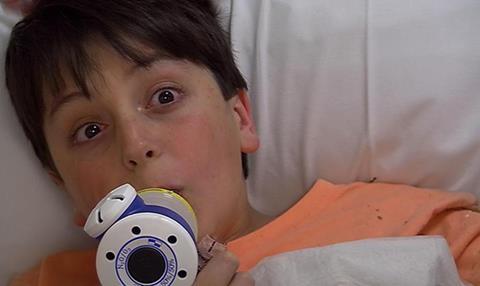 “It makes you think about your own life, and the lives of people close to you, about impermanence and mortality…There’s no silly hysterical wailing, it’s stoical, particularly (posh) British, but somehow also very tender and very moving.”
Sam Wollaston, The Guardian

“The sight of oxygen masks and intravenous drips are so scary, it’s surprising anyone managed to watch past the first episode. But the human stories are told with such warmth that the bleeping monitors soon fade into the background.”
Daisy Wyatt, The Independent

“Thankfully, the business practices of Lord Sugar’s boardroom have not yet infected Britain’s hospital wards. The calm, compassionate, demeanour of our nurses and doctors remains one of the most reassuring sights on television.”
Christopher Stevens, The Daily Mail

“The extraordinary expressive Stellan Skargard plays a man with a face like sun-softened butter who can switch from dark depression to humour-laden empathy with just a twitch of an eyelid river. So far at least it offers a richer emotional landscape than most crime drama on TV.”
Gerard O’Donovan, The Telegraph

How Gay is Pakistan?, BBC3

“Being gay in Pakistan is no laughing matter, but Rizwan did a good job of injecting some humour into what could have been a worthier-than-thou documentary.”
Daisy Wyatt, The Independent

“In some places, it was too seedy and aggressive to bear, depicting a society where orgiastic immorality and male rape were commonplace. Mawaan couldn’t make any sense of it – and that’s no use to viewers.”
Christopher Stevens, The Daily Mail

“As with the second True Detective, AHS is no longer exploring the clichés of its genre, it’s indulging them ad absurdum.”
Andrew Billen, The Times