TV Critics: Ben Fogle: New Lives in the Wild; Fatal Experiments: The Downfall of a Supersurgeon

“This was gripping enough, but the sideshow of director v subject made for equally fascinating viewing.” 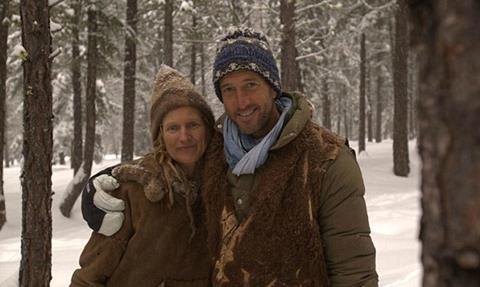 Fogle has a natural, guarded patience with strange and sometimes selfish people, and, of all the dropouts he has met in the past three years, Vilden Lynx has to be one of the most intriguing: intelligent, engaging, funny and largely unmarked by the weirdness isolation brings.
Tim Dowling, The Guardian

Best of all, Lynx wanted to talk. Most celebs wouldn’t have spotted the signs, but Ben did, and he did a good job of coaxing her to reveal her emotions. It took skill and sensitivity to encourage her to open up.
Christopher Stevens, Daily Mail

As his older host inducted him in the ways of Stone Age survival, there was an ever-present touch of flirtiness, involving the daubing of make-up, a shared hot tub and a fair bit of innuendo.
Matt Baylis, Daily Express

It’s no Storyville, but I’d sooner Oglin’ Fogle than another 35-episode run of On Benefits.
Gabriel Tate, The Times

Fatal Experiments: The Downfall of a Supersurgeon, BBC4

The footage showed the surgeon objecting to Lindquist’s line of questioning and leaving the room, pausing to shake the hand of the cameraman on his way out. It made everything that happened afterwards seem charged and chilling, even the scene where Macchiarini got a haircut.

Footage captured in last night’s instalment suggested a man more preoccupied with his time and resources than the sufferings of humans. Whether that makes him a true baddie will, I guess, be revealed over the next two nights.
Matt Baylis, Daily Express

Was Macchiarini using humans as guinea pigs? This was gripping enough, but the sideshow of director v subject made for equally fascinating viewing.
Gabriel Tate, The Times